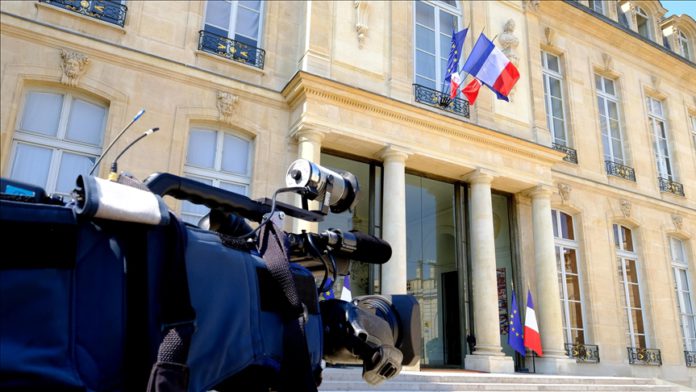 France will host a high-level meeting to propose a de-escalation roadmap to Russia amid growing global concerns over Moscow upping the ante on Ukraine, the president’s office announced Monday.

Emmanuel Macron expressed “deep concern about the situation at the borders of Ukraine” and underlined the need to work collectively for a rapid de-escalation, a statement from the Elysee Palace said following a multilateral meeting over the Ukraine crisis with US President Joe Biden and European Union and NATO members.

Macron, who will meet with Russian President Vladimir Putin and Ukraine’s President Volodymyr Zelensky, “remains determined to use all the resources of diplomacy to preserve the stability of Europe and to show his solidarity and his readiness to support the States of the European Union concerned for their security,” the statement said.

France, which has been supporting Ukraine over fears of a further invasion after Russia began to amass troops and military equipment on its border, will host a dialogue involving diplomatic advisers from France, Germany, Russia and Ukraine under the Normandy format on Wednesday.

The dialogue will aim to push Moscow to fully implement the 2015 Minsk peace accords by withdrawing its support to the rebels fighting Ukrainian government troops in Donbas.

Kyiv and Moscow have been locked in a conflict since the war in eastern Ukraine broke out in 2014 after Russian forces invaded the Donbas region and annexed the Crimean peninsula.

French Foreign Minister Jean-Yves Le Drian also asserted that Europe was firm in its resolve to act against Russia. ​​​​​​​

“The EU has the will to use sanctions as deterrence with regard to Russia to prevent any incursion or offensive, military or otherwise, against Ukraine,” he told the media following a meeting of the Council of Foreign Ministers of the EU.