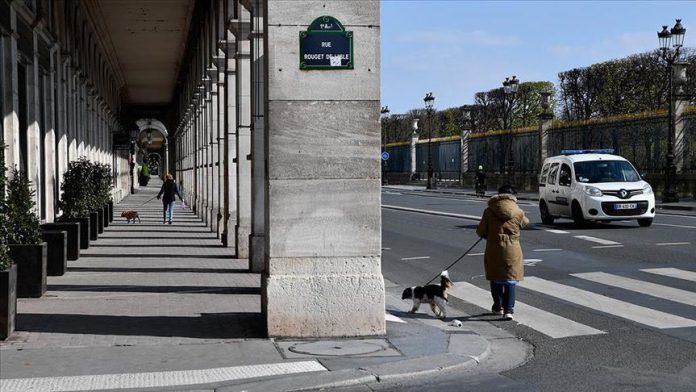 France next month will ease lockdown measures taken to stem the spread of coronavirus, the nation’s prime minister said Tuesday.

Speaking to parliament, Edouard Philippe said the measures will be eased starting on May 11.

He said restrictions on movement have been effective against the virus and called a decline in the number of ICU patients promising.

Philippe also said the country will provide 100 million face masks every week for sale at pharmacies.

To continue the fight against COVID-19, Philippe said France will carry out 700,000 tests a week, with those who test positive quarantined in their homes or designated hotels.

Kindergartens, primary, and secondary schools will gradually and optionally reopen after May 11, said Philippe.

Classes will be allowed to teach a maximum of 15 students and students in secondary schools must wear face masks.

He also said the opening of high schools will be discussed at the end of May.

After May 11, people should continue working from home if possible, said the premier, adding that shops besides cafes and restaurants can also reopen.

People on public transport will have to wear face masks, said Philippe.

Movement will be allowed after May 11 but trips over 100 kilometers can only be made in necessary situations.

Beaches will be closed until June 1, he also said.

Places of worships can reopen as of May 11 but crowds will not be allowed until June 2, he added.

Small museums and libraries are among other places that can reopen on May 11.

Philippe also said the government is working on extending the state of emergency until July 23.

As of Monday, the French Health Ministry said there were at least 437 new fatalities — 295 in hospitals and 142 in nursing homes — over the past 24 hours, a rise of 195 from a day earlier.

The total deaths in hospitals to date rose to 14,497 and the total fatalities in nursing homes climbed to 8,796.

After first appearing in China last December, COVID-19 has spread to at least 185 countries and regions.

Data compiled by the US’ Johns Hopkins University shows worldwide infections surpassing 3.08 million with more than 213,000 deaths. Over 915,000 have recovered.