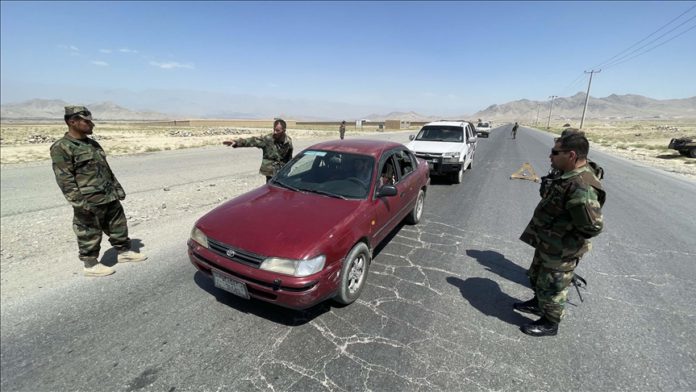 France warned nationals in Afghanistan on Tuesday to leave the country as the security situation worsens with the Taliban’s lightning advances in the rural areas.

The government will organize a special free flight on Saturday from Kabul, to evacuate the entire French community to France. It will continue to operate its embassy in Kabul with the French staff.

“We formally recommend all French people to take this special flight,” said Paris envoy to Kabul David Martinon. “If you plan to stay in Afghanistan after July 17, we will no longer be able to provide security for your departure.”

Martinon also announced that France offered asylum to the families of Afghan employees of the embassy, the French Institute and the Archaeological Delegation and AFRANE — the Franco-Afghan friendship non-profit organization that has facilitated cooperation projects. The exact number of families rehabilitated is not known.

The government previously rehabilitated interpreters for the French military in Afghanistan under the special asylum program.

Thousands of Afghan nationals who assisted and worked for foreign missions and NATO as translators, interpreters and in other civilian job profiles face the risk of being abandoned as international forces are closing operations with the deadline of Sept. 11 for US troop withdrawal approaching.

The Taliban last month assured the safety of Afghans employed with foreign missions urging them not to flee.

But there is palpable fear that such employees can be targeted as “traitors.”

“The French authorities, without a shadow of hesitation, have decided to put our Afghan colleagues to safety … at a time when their security is no longer guaranteed,” said Martinon, calling for an end to the ongoing Taliban military offensive, targeted killings, destruction of vital infrastructure and threats to political and social progress.

The Taliban’s indiscriminate attacks against civilians, women and girls, media and infrastructure demonstrates the group’s “utter contempt for the rule of law,” he said.​​​​​​​

Formula 1 fever to continue in Hungary this weekend