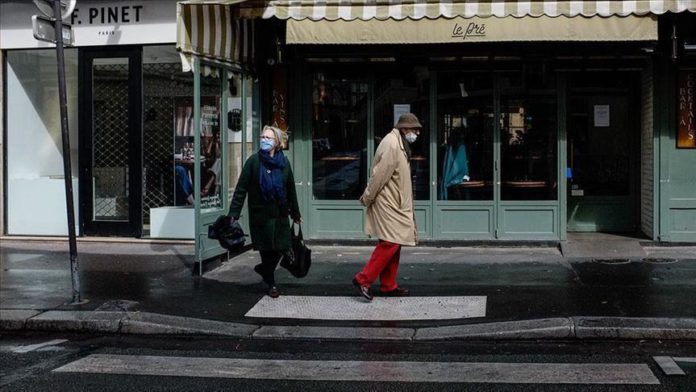 The Republic of France celebrated Bastille Day, July 14, with pomp and circumstance, albeit to a lesser degree under the shadow of the lucking coronavirus threat.

This is the first time since 1945 that the parade has been called off. Only 2,000 soldiers gathered to pay tribute, half the usual number.

The president then sat next to first lady Brigitte Macron as well as government ministers in the grandstands for the traditional air show and military parade.

Along with remembering military members, this year’s celebration honored healthcare workers, cashiers, and postal workers from several regions in France. They stood with members of the army as the tricolor was unfurled in front of the president.

Macron said honoring them was “a symbol of the commitment of an entire nation” amid the coronavirus crisis.

Although there was no shortage of national pride on Tuesday, protests were held as well by those faulting the government’s handling of the pandemic. Medical workers demonstrated at the Place de la Republique, ending at Place de la Bastille, the site that gave rise to the French Revolution on July 14, 1789.

Macron then revived the tradition of holding an official Bastille Day interview, holding court for over an hour on various French TV channels.

He laid out his strategy for the ensuing months of recovery from an epidemic that has wreaked havoc on the country’s economic, social, and educational systems. French health officials continue to warn of a potential second wave as the COVID-19 death toll in France remains one of the world’s highest, claiming 30,000 lives.

Macron confirmed the mandatory wearing of masks in all indoor public places as of Aug. 1.

“We will be ready in the event of a second wave,” he said, adding that the development of a vaccine is a top priority, especially with the efforts of French pharmaceutical company Sanofi at the forefront. “France will be served among the first countries,” he vowed.

He also acknowledged the need for “a massive recovery plan” for the economy, with changes in store over the long term.

“We have put our economy on hold for two months, and restarting is very difficult,” he admitted.

France has registered nearly 210,000 coronavirus infection cases and more than 30,000 deaths to date.