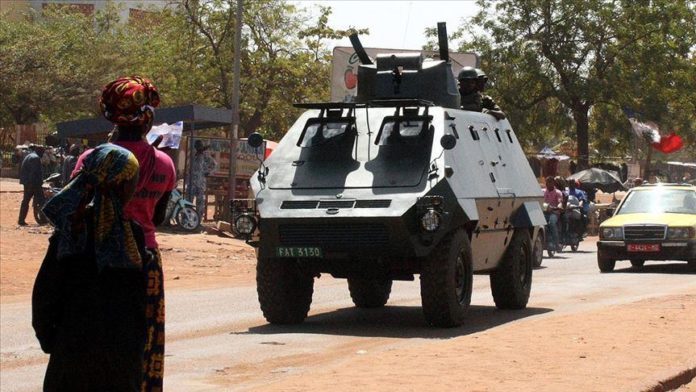 The head of France’s Directorate General for External Security has warned that extremists in Mali are mulling attacks in Europe.

In a rare speech alongside Defense Minister Florence Parly and Army Chief of Staff Gen. Francois Lecointre, Bernard Emie labelled the Sahel region where the French army is fighting al-Qaeda, Daesh and a host of affiliated militant groups and the Iraq-Syria zone in the Levant as the two main epicenters of international terrorism.

Emie was speaking during a meeting of an executive committee dedicated to counter-terrorism Monday, during which he presented an analysis of the militant threat in external theaters.

He said while the international coalition had succeeded in destroying the proto-caliphate in Syria and Iraq, the beast was still moving.

The group was in an insurrectionary form, and hundreds of its fighters still continued to train and fight and always had plans for an attack, he said.

“Particularly in northern Iraq, in the Syrian desert, in Idlib on the banks of the Tigris, or even on the foothills of the Sinjar,” he added.

Emie, who leads the French intelligence service, revealed that according to his services, the Sahel theater could be used to project attacks towards Europe.

“From Mali, they have worked on attacks against us, against our partners. They are thinking about attacks in the region and in Europe,” he said.

Until now, France has maintained that it is engaged in the Sahel “to stop the area becoming a long-term hotbed of instability for terrorist groups” and to prevent “trafficking in drugs, weapons or people, or migrant smuggling, which could also threaten its own security.”

The view that militants in Mali posed a direct risk to Europe was until now largely considered low risk.

Militarily, France has been present in Mali since the 2012 coup, when it deployed troops to oust Muslim extremists and prevent the takeover of the northern region. Under Operation Barkhane, France is providing military assistance in counter-terrorism to fight the extremist threat and has deployed 5,100 troops in the region.

Emie said that in the Sahel, France was focused on the Islamic State organization in the great Sahara and the local branch of al-Qaeda, the group supporting Islam and Muslims in the Maghreb.

He revealed that the intelligence services found that three senior leaders of al-Qaeda — noted Tuareg chief Iyad Ag Ghaly; Amadou Koufa, the emir of the Katiba Macina of Jama’a Nusrat ul-Islam wa al-Muslimin (JNIM); and Abdelmalek Droukdel, the leader of al-Qaeda in the Islamic Maghreb (AQIM), who was killed last June — held a strategic meeting in February 2020 in central Mali.

The leaders decided on the strategy to plan an expansion and to mount large-scale attacks towards the Gulf of Guinea, Côte d’Ivoire and Benin. They also dispatched fighters to the borders of Nigeria, Niger and Chad, where they are working with members of Boko Haram.