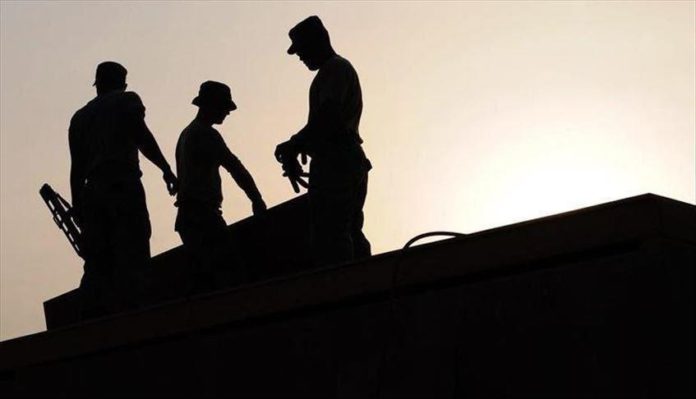 “These particularly vulnerable minors were taken in accordance with the authorizations given by local officials and on their arrival in France, they were handed over to the judicial authorities and are taken care of by social services,” according to the foreign ministry.

It did not disclose details if the minors were born in Syria, traveled from France with their parents, or are orphans.

Following the defeat of the Daesh/ISIS terror group in Iraq and Syria, the administration of French President Emmanuel Macron, after much reluctance, adopted a case-by-case basis to repatriate minors.

Since March 2019, including the latest, 35 orphaned children, or those requiring medical attention, have returned to France from camps under the control of the YPG/PKK terrorist group in northeastern Syria.

The Al-Hawl camp, which houses mainly women and nearly 40,000 children from more than 60 countries, was formerly held by the Daesh/ISIS terror group. There are about 270 French minors at risk of sickness and radicalization at the camp, according to rights groups.

In 2019, families of French citizens who joined the Daesh/ISIS terrorist group, filed suit with the Court of Justice of the Republic (CJR), accusing Foreign Minister Jean-Yves Le Drian of “failing to provide aid” and exposing children and mothers to inhumane, degrading treatment, and the risk of death at the camps.

At least 1,300 French nationals are estimated to have traveled to Iraq and Syria since the beginning of the armed conflict in the region.

France has opposed the return of those who are suspected of joining the terror group from Iraq and Syria, where it does not have extradition agreements, instead preferring that the accused be prosecuted by authorities in Iraq and Syria where the crimes were committed.

It has, however, allowed more than 200 French nationals apprehended by Turkey, under a 2014 repatriation protocol.