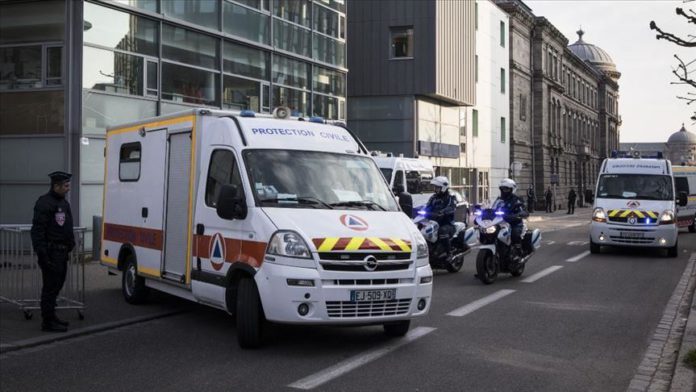 France on Friday reported 10,593 new cases of the novel coronavirus, up from 9,784 on Thursday.

The country registered 50 new fatalities, the highest number yet since the descent from the virus’s peak in late May. The death toll in France now stands at 31,095.

In addition, hospitalizations and those in intensive care are up, as 3,223 people remain in the hospital, 535 of which are in the ICU.

A total of 896 clusters of infections have been identified throughout the country, up by 84 over the last 24 hours. Of these, 143 are attributed to nursing homes.

On Friday, the prefecture of Paris issued a press release, warning people to remain vigilant about using the barrier gestures in their daily life.

“The epidemic remains very active throughout France,” he said, stressing the need for people to avoid becoming negligent, and reinforcing limited contact, one of the primary factors cited in the continued spread of the virus.

“We are in a situation, especially in the regions that I have mentioned, where I can only ask you to redouble your efforts, particularly in reducing the number of people you see each day,” Veran said.

President Emmanuel Macron had some terse words for Minister Veran during a Thursday morning ministers’ meeting at the Elysee Palace. He had resisted Veran’s desire to impose tougher restrictions, and admonished his minister to “get back to him when he had done a better job.”

On Thursday, France also added the cities of Lyon and Nice as red zones in the country. New health measures will be imposed in the two municipalities to be unveiled over the weekend by health officials there. The cities come alongside Marseille, Bordeaux, and Guadaloupe, the French overseas territory, as those deemed high-risk.

Veran has vowed to continue to test, trace, and isolate those infected with the coronavirus.

Testing has been made free in most cities and towns, and is available without a prescription.

Veran and the Health Ministry set a goal of ramping up testing to one million per week, which has been reached.

“We must learn to live alongside the virus for a few more months,” he said.