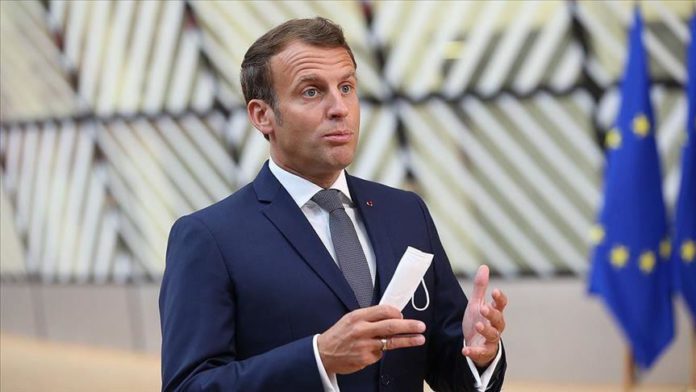 French President Emmanuel Macron on Thursday offered “all the necessary assistance” to Russian opposition leader Alexey Navalny who is currently in coma after suspected poisoning.

“We are obviously ready to provide all the necessary assistance to Alexey Navalny, to his relatives, in terms of health, in terms of asylum, protection, it is obvious,” Macron told reporters.

Navalny, 44, is a politician, lawyer, and activist, and one of the most critical voices against Russian President Vladimir Putin. He fell unconscious while traveling on a plane returning from Moscow on Thursday and quickly hospitalized in intensive care at Omsk Hospital in Siberia when the flight made an emergency landing there. Navalny is suspected to have been poisoned.

French president and First Lady Brigitte Macron welcomed Merkel at their summer home in Fort Bregancon in the town of Bormes-les-Mimosa on the French Riviera, south of France. The news conference covered multiple issues of international importance, including political situation in Belarus, relations with Russia, and the recent coup in Mali.

With Merkel by his side, Macron proposed a mediation between the different parties playing a role in the unrest in Belarus, including Russia.

President Alexander Lukashenko was reelected to the office on Aug. 9 — one he has held for 26 years — by an 80% majority, however tens of thousands of protesters have taken to the streets over the past ten days to denounce the election, claiming it was rigged.

“We hope that this dialogue — one between the authorities, the opposition, civil society, can be set up by the Belarusians themselves. But the European Union nevertheless stands ready to support this,” the president affirmed, “if our mediating role can be useful and is desired by the Belarusians, with other institutions, in particular the OSCE [Organization for Security and Co-operation in Europe] and including Russia in the demanding dialogue.”

As the crisis spun out of control, the EU leaders held a summit earlier this week agreeing to impose sanctions, with Charles Michel, the president of the European Council, asserting that they did not recognize the results of the election. He also called on Lukashenko to release hundreds of prisoners taken in during the demonstrations.