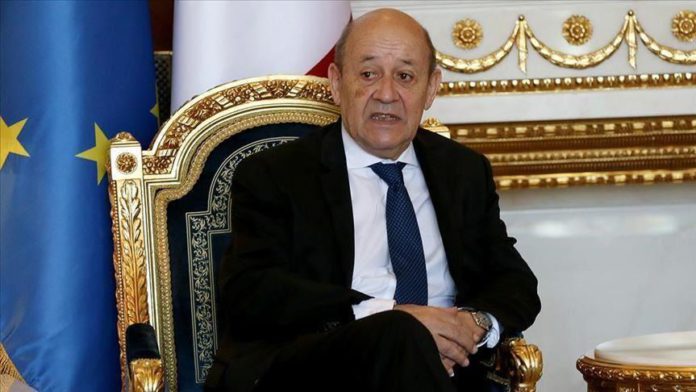 The French foreign minister on Thursday said that his country is ready to help Lebanon overcome the critical situation caused by the escalation of the ongoing economic crisis.

“France is ready to mobilize its efforts for Lebanon’s side, therefore serious and credible corrective measures must be adopted and implemented. Help us help you,” Jean-Yves Le Drian said in a joint press conference with his Lebanese counterpart Nassif Hitti in Beirut.

Le Drian arrived in Lebanon on Wednesday for a three-day visit.

“I came to bring you a message that time is critical, Lebanon is facing a very critical crisis, and the financial crisis has dramatic factors for the Lebanese who are getting poorer day by day,” the French top diplomat said.

He stressed the necessity to follow the path of reforms, stressing the importance of fighting corruption and focusing on the independence of the judiciary in Lebanon.

The French minister affirmed that his country “provided humanitarian assistance to Lebanon worth €50 million to support the health sector,” saying: “Safety and social welfare networks in Lebanon are still absent, which the authorities must provide.”

According to a previous statement by the Lebanese presidency, the French minister announced a pledge to support more than 40 Lebanese Francophone schools within the framework of France’s support for schools in the Middle East.

Lebanon is witnessing the worst economic crisis in its history, coinciding with the plunge of local currency to more than half its value besides the high rate of inflation which has pushed nearly half of the population below the poverty line.

Turkiye calls for protection of women, children in Ukraine amid Russia's...