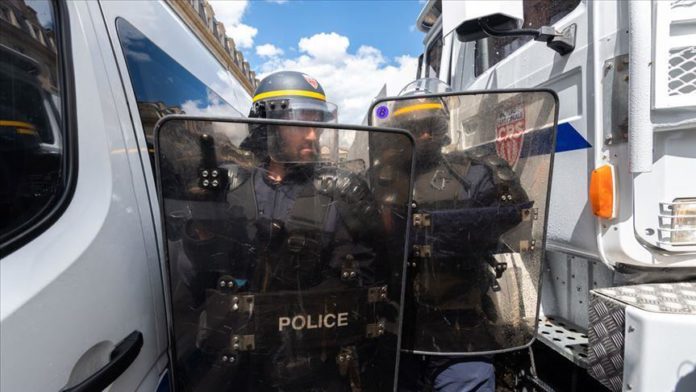 Police announced Sunday that an additional six people have now been taken into custody over Thursday’s brutal attacks in the French city of Nice, according to local media.

The savage attacks occurred Thursday morning just after 8.30 a.m. local time (0730GMT) when Brahim Aouissaoui, a 21-year-old Tunisian-born immigrant, entered the Basilica of Notre Dame de l’Assumption and fatally stabbed two women and one man. One of the women, a 70-year-old, was decapitated.

Police arrested Aouissaoui that morning after firing on him, and the National Anti-Terrorism Prosecutor’s Office opened an investigation immediately, which is still underway.

Two more men, aged 25 and 63, were taken into custody Saturday afternoon, detained at the home of another individual who had been detained earlier on Saturday, according to reporting by Radio France International.

The men come from the town of Grasse, 40 minutes west of Nice, according the BFM TV news channel.

A second suspect, a 47-year-old man, had already been taken into custody Thursday evening. He is said to have interacted with the assailant on Wednesday ahead of the attacks.

More details have also been revealed about Aouissaoui, who remains hospitalized with serious injuries. He reportedly shouted “Allahu Akbar” (God is great) several times as police tried to detain him.

Despite police questioning, Aouissaoui’s reasons have yet to be uncovered.

“It is still too early to say if there were others complicit, what his motivations were in coming to France, and when this idea took root in him,” a source close to the investigation said to RFI on Saturday.

According to anti-terrorism Prosecutor Jean-Francois Ricard, Aouissaoui had landed on the island of Lampedusa, off the coast of Tunisia, on Sept. 20 before arriving in Bari, Italy on the mainland on Oct. 9. He then crossed into France where documentation from the Red Cross revealed more on his movements. Aouissaoui had been unknown to law enforcement before Thursday.

Reporting by daily France24 indicates that investigators are also looking into Aouissaoui’s connections and relationships in Sicily, suspecting he may have spent time on that island after traveling from Lampedusa to Bari on a ship used to quarantine migrants.

Judicial sources further detail that Aouissaoui was given an expulsion order once in Bari which commanded him to leave Italy within a week. It is thought that the assailant did not depart but stayed in the town of Alcaro for 10 days.

The attack in Nice is one of four acts of terror or potential terror that occurred on Thursday. Two others happened in the French cities of Avignon and Lyon and one in Jeddah, Saudi Arabia at the French consulate.

Yet another incident occurred in Lyon Saturday evening, the shooting of a Greek Orthodox priest by an assailant as he was closing the church. The priest remains in the hospital critically wounded.

President Emmanuel Macron has called the attack in Nice an act of “Islamist terror”. Prime Minister Jean Castex moved France to an emergency level anti-terrorism plan Thursday as a result of the attacks.