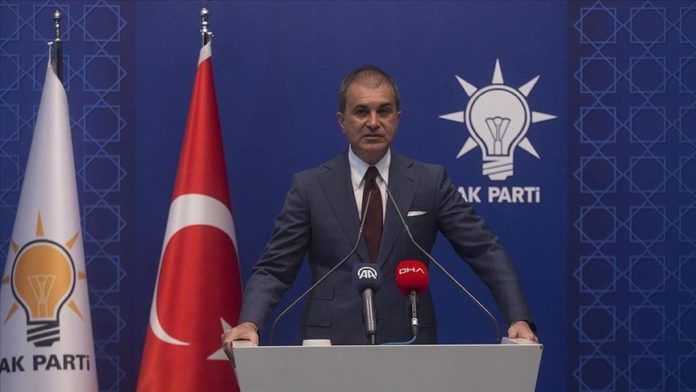 France is the country that is committing crimes and playing a dangerous game in Libya, Turkey’s ruling party spokesman said Tuesday.

Slamming French President Emmanuel Macron’s comments on Turkey’s role in Libya, Omer Celik, spokesman for the Justice and Development (AK) Party, said after a party board meeting that France is repeating the mistakes that it made in Rwanda over a quarter-century ago.

He added that France is the “perpetrator in Libya” and playing “a dangerous game” there.

The PKK terror group continues using European Union territory for propaganda, recruitment, fundraising and logistical support activities, according to a report by the EU’s law enforcement agency released on Tuesday.

Touching on Israel’s plans to annex the West Bank this July, Celik said: “If the world does not take a stand against this, Israel will gradually destroy the legitimacy of the entire international order.”

Turks in US ask Congress to extradite FETO leader Gulen