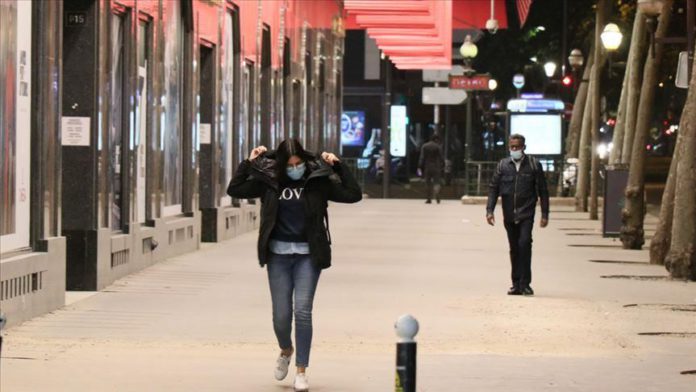 France has now topped the 1 million mark in cases of COVID-19 infections, with the total now recorded at 1,042,075, according to France’s Ministry of Health on Friday.

The numbers continue to top the day before as well. Daily infections over the last 24 hours were recorded at 42,032. The statistics reflect those taken since the start of record-keeping for the epidemic in mid-March.

Friday ends a heady week that saw multiple press conferences by Prime Minister Jean Castex. On Thursday, Castex announced the placement of 38 additional French departments under curfew, starting at 9 p.m. each evening until 6 a.m. in the morning starting Saturday. 54 total departments nationwide will adhere to the curfew.

The departments are also at the maximum security level, the highest of risk for the virus.

Troubling as well is the occupancy rate of the nation’s hospital beds, presently at 44%, according to health officials.

“Four regions are particularly affected: Auvergne-Rhône-Alpes, Ile-de-France, Provence-Alpes-Cotes d’Azur, and Hauts-de-France, where the bar of 50% of intensive care beds occupied by COVID-19 patients has been crossed,” added Castex.

In a dose of good news, First Lady of France Brigitte Macron tested negative on Friday for COVID-19. She had tested positive seven days ago while doing research for a new institute she is founding near Paris and coming into contact on her outing with a person positive for the virus. Macron will now resume her regular schedule of state activities.

Minister of State for the Digital Transition Cedric O. also reported a positive development on Friday regarding the new COVID-19 tracking app, TousAntiCovid, re-launched on Thursday.

The app is an improved version of the StopCovid app that was introduced on June 2 but failed to take hold in great measure. 532,670 people had downloaded TousAntiCovid in its first day out, bringing the amount of users to 3,318,351, up from 2,785,681.