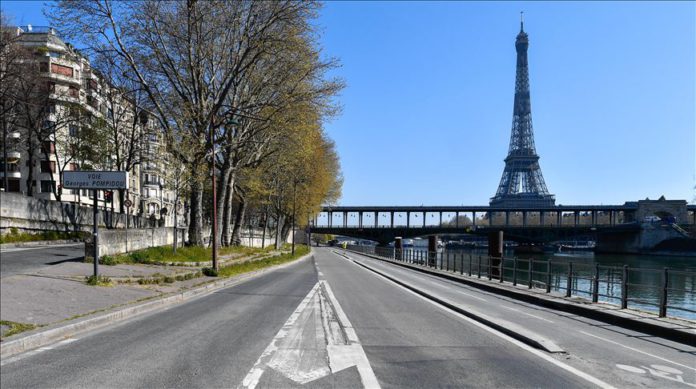 French President Emmanuel Macron on Wednesday announced that nightly curfew will be imposed in Paris and other cities, as a state of emergency has been declared in the country to stem the spread of the novel coronavirus.

In an interview broadcast on national television, Macron said the curfew, effective from Saturday, will be imposed from 9:00 p.m. (1900GMT) to 6:00 a.m. (0400GMT) in Ile-de-France region, where the capital Paris is located, and eight other cities.

In addition to Paris and the region surrounding it, the new measures also targeted the cities of Lille, Grenoble, Lyon, Aix-Marseille, Montpellier, Rouen, Saint-Etienne, and Toulouse.

The measures are the latest imposed by the president to help stem the spread of the coronavirus, in what has been deemed by health officials as a second wave.

France’s Health Ministry on Wednesday reported 22,591 new COVID-19 infections, with cases now totaling 779,063. The death toll in the country reached 33,037 as 104 new fatalities were reported over the past 24 hours.

Macron also called for limiting gatherings to no more than six people.

“We try, when we invite friends, not to be more than six at the table,” said the president, speaking of restaurants but then adding that this applied to groups out in the street as well.

Macron said those receiving the work welfare benefit and housing aid will receive €100-€150 per child over the next six weeks.

“[For] the most precarious who fall into poverty, we must have an answer,” he said.

October 23, 2020
We use cookies to ensure that we give you the best experience on our website. If you continue to use this site we will assume that you are happy with it.Ok