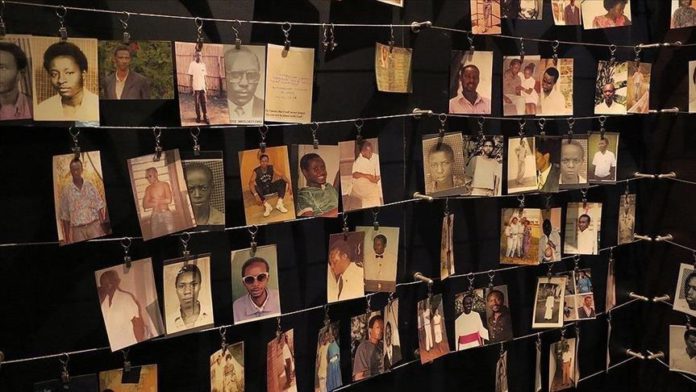 For more than three decades, the question of alleged complicity in the genocide of the Tutsis in Rwanda has haunted France.

Paris has officially never apologized for its involvement nor taken any responsibility for events leading to the massacre of 800,000 Tutsis, even though it fielded accusations of providing civil-military assistance and political patronage to the ruling Hutu-dominated regime before, during, and after the genocide.

Last month, a report by the Rwanda research commission headed by historian Vincent Duclert, set up on President Emmanuel Macron’s orders, cleared the state of any direct involvement in the 1994 genocide. Although it noted for the first time, that France bears “serious and overwhelming responsibility.”

After the 1998 parliamentary commission’s information mission, this is the second such official report to discharge the authorities from being an accomplice to the genocidal operation.

Notwithstanding, the dismissal of accusations from the highest quarters of the government, Paris-based non-profit the Survie or Survival association says the French people must recognize the crimes committed by the state in Rwanda.

“It’s a shame for the country over what happened in Rwanda. Even if the government’s report denies France’s complicity in the Tutsi genocide, publicly we must acknowledge it,’’ says Raphael Doridant, Survie member, researcher, and author.

Informing public opinion on the genocide

From its inception in the 80s to denounce France’s neocolonial intervention and reform the foreign policy in Africa, Survie’s key mission has been to “mobilize and inform citizens on the political choices made in their name.”

The shocking events of genocide decisively steered the course of the association’s activities to uncover France’s involvement in keeping the Hutu regime in power and its lack of action to prevent the genocide.

“When the public opinion is informed it can take explicit positions on the matters of policy; the government will likely hesitate before taking actions behind their backs. Back in the 90s, there was not much awareness about the government’s hidden policy and actions in Rwanda,’’ Doridant added.

In 1993, a year before the assassination of Rwandan President Juvenal Habyarimana, which hastened the killings of Tutsis, Survie’s then head Jean Carbonare alerted the French people on national TV “to do something” about the killings of Tutsis by the ruling regime, which he claimed had begun to take the form of genocide. Having visited Rwanda as part of an international delegation, Carbonare informed people that the ruling regime was politically and militarily supported by the French government and bore the responsibility for the violation of human rights.

Rwanda was no Vietnam

Unlike the anti-war movement in the US which culminated into a broad social campaign and pressured the government to withdraw troops from Vietnam; France saw a handful of protests by activists, conferences, and news coverage over the ethnic conflict and political instability. Following Carbonare’s revelations, the government doubled down in its support of the Hutu regime.

In 1994 after the bloodbath had taken place, economist and Survie’s president Francois-Xavier Verschave published a startling expose ‘Complicity in genocide–the politics of France in Rwanda,’ indicting the government. The book, among the first documentary pieces of evidence, accuses the French authorities of neglecting official responsibilities and financed, trained, and armed the perpetrators of the massacre.

In the aftermath of the genocide, investigations by journalists, supported by testimonies of survivors and witnesses persisted from the ground pointing to crimes of the French military. Documents from the archives brought attention to Elysee’s role in the political and diplomatic decisions allowing perpetrators to flee to safety.

As Paris remained indifferent to the charges, Survie initiated legal cases to bring the guilty military and civil officials in the crime to justice. In 2005, it supported the legal case of Tutsi survivors of Bisesero and Morambi camp, leading the French army tribunal to open the first case of inquiry against the army personnel for abandoning the Tutsi minority in the hands of Hutu militias, rape of Tutsi women, murder and disappearance.

In 2013, it pressed charges against the former commander of the elite GIGN police unit (National Gendarmerie Intervention Group) and mercenary Paul Barill, for assisting the supply of weapons, ammunition, and training and supervision, during the genocide in violation of the arms embargo.

Doridant feels the judges do not dare to criminally convict government officials on charges of complicity in the genocide, as it could open the floodgates to confront the atrocities in the colonial past. “It would destroy the image of France as a country of human rights.”

Yet, Survie, feels this is exactly the remedial action France needs to unshackle from the burden of guilt and come to terms with the colonial crimes. “Unless we prosecute the highest official members who supported the Hutu extremists responsible for the genocide in order to show the world, that it was these specific people responsible for the action and not the whole country.”

Official admission, apology, and prosecution might be arduous but initiatives of NGOs like Survie, Human Rights League, Collective of Civil Parties for Rwanda have made discussions on French involvement in the horror of the genocide less of a taboo. Investigation in the media is awash with damning evidence and commentary, on the financing of the genocide by BNP Paribas bank, authorities protecting perpetrators, top French officials issuing orders to arm the Hutu regime.

The jury is out on contentious questions on the origin of SAM missiles that crashed the presidential plane and the possibility of them passing through French hands, the role of mercenaries, and supply of ammunition during the 100 days of genocide.

Service member and researcher Francois Graner won the long winding court battle in 2017, to access the archives of former president Francois Mitterrand, during whose tenure the genocide took place. He was prevented from consulting the declassified archives, owing to a technical clause protecting presidential archives for 25 years following their death.

On the International Day of Reflection on the Genocide in Rwanda commemorated annually on April 7, the Macron-government-appointed Duclert commission too will release the trove of 8,000 declassified documents to the public. Dated between 1990-94, the archives from the Elysee, foreign and defense ministries, and the intelligence, unravel new aspects of the United States at the United Nation.

In the ‘98 Parliamentary report, France had blamed the US for causing “obstacles” in the involvement of the UN in Rwanda. However, recently declassified archives, throw light on an earlier unknown but significant element.

On July 16, 1994, the US informed the French foreign ministry that it was ready to adopt a resolution at the UN Security Council “expanding the mandate of the multinational force” (Turquoise forces) to enable the arrest of Hutu political leaders responsible for the massacre who had arrived in a refugee camp run by the French military on the Zaire border in Gisenyi.

A note from the foreign ministry rejecting the offer, the same day, contended: “We cannot […] transform ourselves into policemen in our zone. We are not in favor of extending our mandate to the arrest of those responsible for the massacres.”

Upon the foreign ministry’s orders, the perpetrators were allowed to flee to Zaire.

Doridant feels such disclosures emanating from the archives will further provide new context and help will evolve public opinion. “It will give more compelling evidence to the French citizens to face the past of France in Rwanda,” he says on an optimistic note.