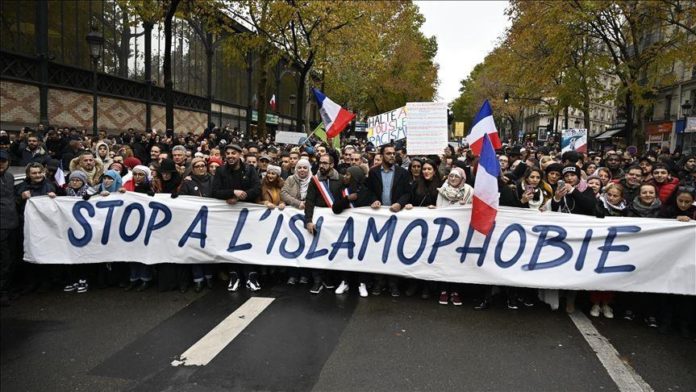 Turkish-Muslim groups in France are under pressure for refusing to sign the “charter of principles” of Islam pushed by President Emmanuel Macron, several representatives said Wednesday.

Chairman of the Confederation Islamique Milli Gorus France (CIMG), Fatih Sarikir, told Anadolu Agency that the group is determined not to sign the bill unless certain changes are made.

Sarikir said that his group expected the government to include the heads of all mosques and associations in the process.

He said despite their suggestions and criticisms about the bill, its name was changed to the “charter of principles for Islam of France.”

“It is declared as ‘Islam of France’ so the content is arranged accordingly. Now the target is not only the imams but also the Muslims,” he said. “We will maintain our constructive behavior. We don’t have any problem with the laws of France. Our only concern is that Muslims can practice their religion.”

Sarikir added that the group faces “psychological pressure” for not signing the bill.

The head of the Coordination Committee of Turkish Muslims in France (CCMTF), Ibrahim Alci, also said the group is under pressure from all sides.

Alci acknowledged that the establishment of a national imam council that will appoint imams in France according to religious knowledge, teaching skills and human qualities is an important step, but he said several articles in the bill are controversial and against the interests of Muslims.

“Six hundred to 700 mosques and associations are behind us. There are nearly 2,500 mosques in France,” he said.

Alci criticized the bill’s description as “Islam of France,” and stressed that Islam is a “universal religion.”

He said he had met with France’s Interior Minister Gerald Darmanin where he conveyed his views.

Alci said he was sorry for the negative coverage of Muslims in the media just for not signing the bill. “They see us as Islamists and terrorists,” he said.

No Muslim will sign the charter if it’s against Muslims, said Alci. “Eighty percent of Muslims are against this bill.”