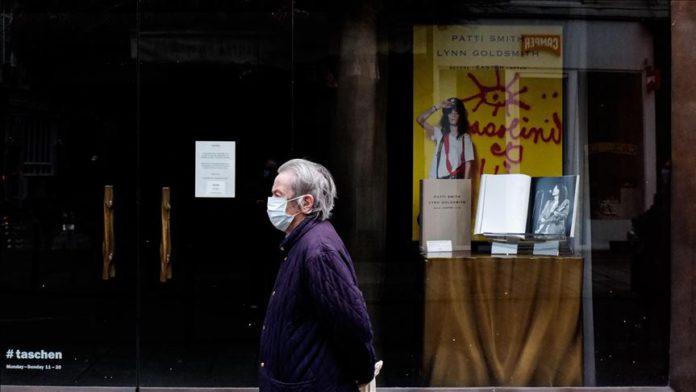 “The health situation continues to deteriorate in France,” Veran said at the top of his speech.

With the spread of the virus, Veran placed four more cities on maximum alert: Lille, Grenoble, Saint-Etienne and Lyon.

Dijon and Clermont-Ferrand have been placed in the heightened alert zone, the next-highest alert level where the virus is circulating widely. The measures for all of these cities will come into effect Saturday.

Two other major cities of concern are Montpellier and Toulouse, which authorities will watch closely over the next few days. Currently, 40% of ICU beds in the Ile-de-France region are occupied by COVID-19 patients, according to French health authorities.

The situation is concerning for Philippe Juvin, Chief of Emergency Medicine at Georges-Pompidou Hospital in Paris, who spoke on the shortage in a morning television appearance Thursday.

“If we keep going in France at the capacity we are, we will reach maximum capacity,” he stated.

Le Maire announced a continuation of 100% unemployment compensation through the end of the year for those employees hardest hit by the pandemic in sectors where their work has been cut in half such as tourism, sport, culture and events.

The Solidarity Fund — established to help struggling businesses through the virus — will be expanded for companies with up to 50 employees, against only those with 20 previously, and any new activities in need of assistance, especially those by entrepreneurs. If the latter can show a loss of 70% of their turnover, they also may be eligible for assistance through the Fund.

On Wednesday, President Emmanuel Macron gave an interview to BFM TV and did not rule out moving toward new rulings if necessary.

“In places where the disease is circulating too quickly […] there will be new restrictions,” he said.

Africa: WHO urges support for elderly amid pandemic