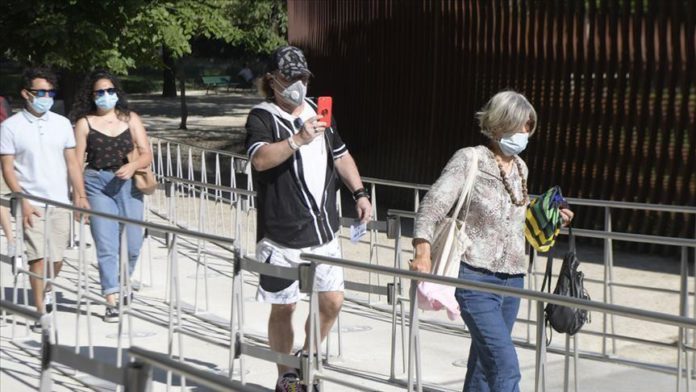 Wearing masks will be compulsory for all indoor spaces in France beginning July 20, according to a Saturday announcement by Health Minister Olivier Veran.

It is the latest preventative measure by the government to avoid a second wave of the novel coronavirus.

French President Emmanuel Macron announced after Bastille Day celebrations Tuesday that wearing masks indoors would be implemented Aug. 1, but new Prime Minister Jean Castex announced Friday that date would be moved up to next week.

During an interview on France 2 TV, Castex called for “more vigilance” as France experiences clusters of reinfection in Ile-de-France, the Grand-Est region of the east and in the Haut-de-France region to the north.

The virus has especially hit Mayenne, a commune in the Pays de la Loire region to the northeast that has seen a troubling surge in cases during the past two weeks with mandatory wearing of masks instituted Thursday. A total of 650,000 masks were sent by the Interior Minister to the capital town of Laval for distribution next week.

Since the lifting of a two-month lockdown May 11, certain schools have been closed where the virus has re-surfaced, and hospital emergency rooms have experienced an uptick in cases.

It is the rate of reproduction that has health officials worried enough to implement the nationwide mask wearing policy.

Every patient who tests positive for COVID-19 through a virologic (blood) test has the ability to infect one other person. That rate has now risen to 1.2 in country, concerning for health officials as the effect is that it increases the circulation of the virus.

Since the start of the outbreak, the death toll in France has reached 30,152 with cases of infection standing at just under 175,000. The number of deceased, including those who have died in nursing homes, will be updated Tuesday through the health ministry.

The pandemic has killed just nearly 600,000 people worldwide, with total infections reaching more than 14.1 million, while almost 8 million have recovered from the virus, according to figures compiled by US-based Johns Hopkins University.

Airbus contracted to bring back samples from Mars