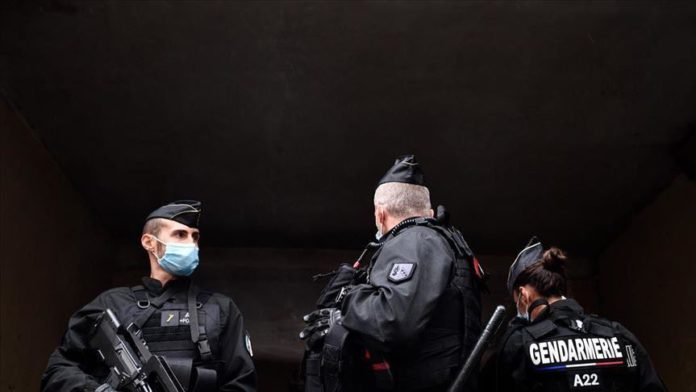 A police officer was attacked by a man wielding two knives in Paris on Friday afternoon. Police subdued the suspect at the scene, according to local media.

The attack happened in the 15th arrondissement at 3 p.m. (1400GMT). Police used an electric pulse pistol, also known as a taser, and a defense bullet launcher, otherwise known as an LBD, to neutralize the suspect.

No injuries or casualties were reported, daily Le Liberation reported.

Multiple municipal officers rushed to the scene as well as those from Operation Sentinel, the additional forces put in place today by the interior minister in response to a spate of terror events that occurred throughout France on Thursday and previously in the month.

Police responded to a call about a domestic incident — the man knocking unexpectedly on doors — only to be confronted by the suspect in the building’s courtyard upon arrival.

Officers utilized the taser and LBD against the man when he rushed them.

The motive for the attack has yet to be found and information about the suspect is still being gathered.

The incident took place a day after three people were killed in a knife attack in Nice.

President Emmanuel Macron Thursday said France was “under attack” but he vowed the French people would “not give in to any terror” in fighting intolerance.

The French government raised the terror alert level to the maximum “emergency” level nationwide, and soldiers were deployed across the country to provide extra security.

Pompeo talks 'deal of the century' with Israeli premier