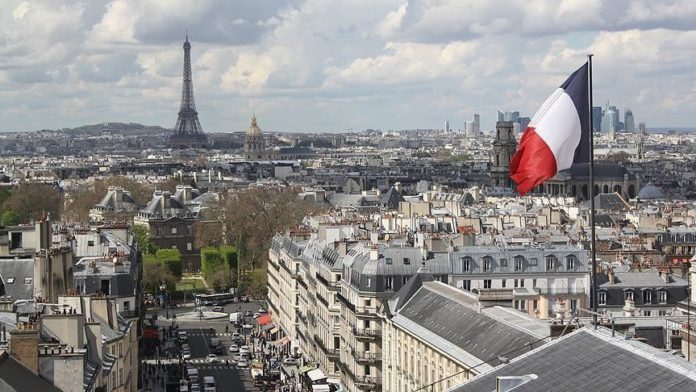 France’s Islamophobic behavior as it grapples with the economic fallout caused by the novel coronavirus pandemic is similar to the widespread antisemitism that targeted Jewish people at the onset of World War II, according to analysts in Turkey.

The identification of Islam and the Muslim image with terrorism, along with the attacks on the Twin Towers on Sept. 11, 2001, in the US, increased Islamophobia in France as it did all over the world.

Another key event that helped trigger the rise of Islamophobia in France was the 2005 riots, when the accidental death of North African youths who fled police carrying out ID checks ignited a chain of protests in the country that went on for three weeks.

The January 2015 attack on the Charlie Hedbo magazine in Paris also stoked Islamophobia in the country.

It precipitated an increase in Islamophobic hate crimes in several European countries, especially France, where the attack had killed 132 people and was later claimed by the ISIS/Daesh terror group in November 2015.

Recently, two Muslim women were stabbed near the Eiffel Tower in France, while a violent woman complained to police about her husband — who is Catholic — for being a “radical Islamist.” These events are considered by many as a manifestation of the negative perception of Islam and Muslims in the country.

Serhat Ulagli of Marmara University in Istanbul, as well as Ihsan Karli and Zeynep Benan Dondurucu of Kocaeli University in northwestern Turkey, discussed a recent bill on combating “separatist” ideas prepared by the administration of French President Emanuel Macron and an attempt to close Muslim associations and non-governmental organizations, amid the swelling wave of Islamophobic incidents across the country.

In an interview with Anadolu Agency, Ulagli said Islamophobia, which has flared up again in France with the burning of a mosque in Lyon, the expulsion of 150 imams and rising hatred across the country, was disturbing.

“The view that radical, outdated small minorities that do not comply with any norms of Islam represent the entire Islamic geography is a great injustice and illusion. It is an unfair judgement to try to establish such images in the minds of societies. This negative representation produced by today’s politicians is no different from Hitler’s denigration of the Jewish community, making it look like they were responsible for every bad event that happened in the country,” he said.

Ulagli argued that the view that “Islam is the intellectual source of disorder in developed countries” in the mainstream media and the political arena is a modern manifestation of the Crusader and Second World War ideologies of the past, mixed with globalism.

“With a population exceeding 7 million, the largest group after Christianity in France are undoubtedly Muslims,” he said, underlining that Muslims were being marginalized from public life.

This hostility manifests in France both towards its domestic Muslim community, as well as adherents of the religion across the world, Ulagli added.

“It is imperative that Muslim societies develop social policies that protect personal rights. Otherwise, the West will be deprived of the rich heritage and bright future of rising Eastern culture. In the long run, France will take its place on the stage of history as a black mark on world policy,” he said.

“The ban on the use of headscarves by women in government in 2003 and the ban on wearing clothes that completely cover the face in public by the French parliament in 2010 increased the conflict between Muslim communities and French national identity. The aggressive news style of French right-wing media and the images they use played a decisive role in shaping Islamophobic perceptions. Both in the political arena and in the media, the targeting of Muslim citizens as elements that damage the security and integrity of the country has led to an increase in hate crimes committed against mosques and places of worship.”

Karli warned that government attempts to close legal Muslim associations and groups only because they defend the rights of Muslim communities would further increase Islamophobia in the country, instead of reducing conflicts, and would fail to hinder the activities of radical groups.

Zeynep Benan Dondurucu stressed that the actions taken against Muslims since the 2000s were, in essence, very similar to the anti-Semitism of World War II.

Dondurucu said: “Instead of Jews, this time Muslims are seen as responsible for the economic problems in the country and as elements that damage French national identity. This ideology is intended to restrict the freedom of worship and assembly of Islamic communities.

“This shows that when the Universal Declaration of Human Rights and the Rights of the Citizen was signed in 1789, the basic rights of life, freedom, security and resistance to oppression defended by the country only applied to its citizens with French identity.”

She likened recent Islamophobic incidents in France to those before World War II, saying: “In 2020, as France tries to deal with economic problems just like the entire world due to the impact of the COVID-19 epidemic, the turmoil is causing the marginalization of citizens who do not coincide with the ideological French identity on the basis of race or religion, as before the World War II.”