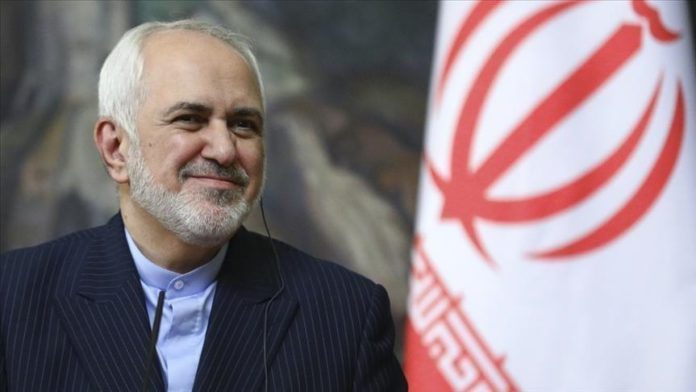 Paris urged Tehran on Saturday to be “constructive” and “refrain from any further violations” of commitments undermining upcoming discussions in Vienna regarding its stalled nuclear deal.

Iran in return said France should lift illegal sanctions as the US and Iran gear up to resume talks.

The discussion between France and Iran took place during a telephone call between foreign ministers Jean-Yves Le Drian and Javad Zarif.

Le Drian said in a statement that he encouraged Iran to identify necessary actions for a “complete return to compliance with the nuclear agreement.” He added that all stakeholders were showing a willingness to conduct negotiations in good faith, with the objective of a rapid agreement.

Since the administration of US President Joe Biden came to power, the group of E3 countries — France, Germany and the UK — have been conducting backdoor negotiations to bring the US and Iran together to preserve the stalled Joint Comprehensive Plan of Action (JCPOA).

Former US President Donald Trump imposed strict sanctions in 2018 after unilaterally withdrawing from the agreement that sought to provide safeguards on preventing Iran from developing a nuclear bomb.

A deadline by the Iran parliament had threatened to halt mandatory inspections by the International Atomic Energy Agency (IAEA), if the US does not lift sanctions by Feb. 21.

Following the call, Zarif, said, he urged France to show a constructive stance on the JCPOA at the Vienna meeting. “I called on France to honor its commitments under the accord, and to cease abiding by illegal sanctions imposed by the US,” he wrote on Twitter.

Cross border shelling on the rise at Kashmir border