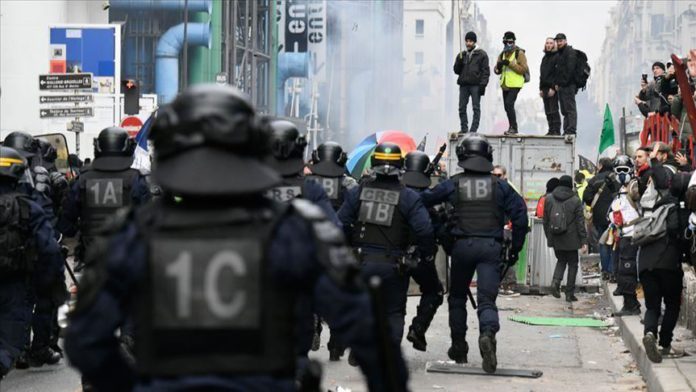 A group of French unions called Thursday for a day of national action and strike on June 16.

The announcement came from 10 groups, including four of the five main unions in the hospital public service – the CGT, FO, SUD, and Unsa – and the two hospital collectives – Inter-Emergencies and Inter-Hospitals.

The members are calling for a general revaluation of wages, new recruitment and training plans, and “the halt of closing of establishments, services, and beds.”

Over the past two months, the coronavirus epidemic held France, indeed most of central Europe, in its grip, and caused over 29,000 fatalities as well as nearly 189,000 infections nationwide to date.

With the outbreak apparently on the wane, hospital staff are returning to work on grievances that were in place long before the pandemic, centering around inequities in the system and much-needed change.

The union’s actions come even after the May 25 establishment of the Segur de la Sante by President Macron, Prime Minister Edouard Philippe, and Health Minister Oliver Veran, a program meant to build the foundations for a healthcare system that is “more modern, resilient, innovative, flexible and attentive to its professionals, users, and regions, with strong and concrete solutions,” according to a press release by the Solidarity and Health Ministry.

Study: 5% of Spanish population has had coronavirus