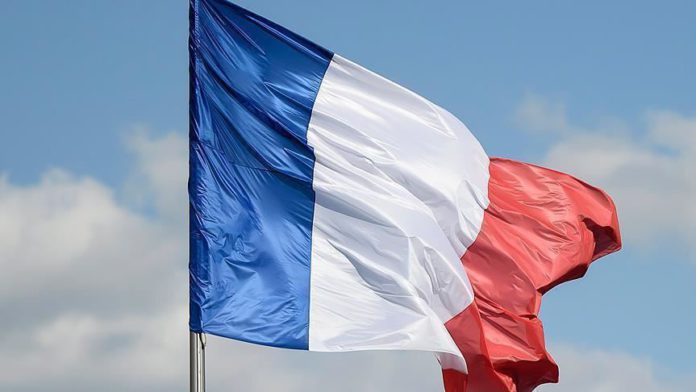 PARIS – France’s National Anti-Terrorism Prosecutor’s Office (PNAT) Attorney General Jean-Francois Ricard said Saturday that the decapitation of a college teacher was the tragedy of the loss of the very freedom of expression Samuel Paty was trying to teach.

“It is at the same time a teacher who was assassinated but it is also the freedom of thought, of expression, which were infringed,” Ricard said at a news conference in which he said an anti-terror probe was opened with charges of “assassination in connection with a terrorist enterprise” and “criminal terrorist association.”
The killing of the history and geography teacher in the commune of Conflans-Saint-Honorine on Friday has caused upset for the continued terror threats in France and at the same time produced an outpouring of support about the tragedy.

The attack occurred just after 5.30 p.m. (1500GMT) in the Paris suburb which lies in the Yvelines department north of Paris. Conflans-Saint-Honorine is home to 35,000 residents and is known as a peaceful community.

Paty, was a 47-year-old father who taught at Bois-d’Aulne College in Conflans-Saint-Honorine.

The deceased suspect was an 18-year-old male from Chechnya, Russia. He threatened officers with a knife before fleeing to nearby Eragny-sur-Oise where he was shot dead by police.

Nine people are being held in police custody, including the teen’s grandfather, parents, 17-year-old brother and friends.

Ricard detailed events that led to the fateful encounter. It can be traced to a moral and civics class by Paty given Oct. 5 to fourth-grade students in which he showed caricatures of the Prophet Muhammed to teach freedom of expression.

Islam forbids images of the prophet because it is believed it will lead to idolatry.

The controversial cartoon drew the ire of parents, with Paty receiving threats, according to reports. Two fathers met with the principal of the college three days later. One posted a video online, releasing Paty’s name, calling for his dismissal and filing a complaint against Paty at the police station for “disseminating pornographic images.”

Paty filed a complaint of his own Oct. 12 for public defamation.

Police were summoned to the school just after 5 p.m. Friday after calls about a man loitering.

National police were then called after a body was discovered on rue du Buisson Moineau in the city, according to franceinfo.

The suspect, a resident of Evreaux, a commune an hour west of Conflans-Saint-Honorine, achieved refugee status in France and received a residence permit in March. He was not known to police and had had no criminal record, according to prosecutors.

A picture of a decapitated head was posted shortly after the attack on his Twitter account, which has since been taken down.

A visibly moved President Emmanuel Macron addressed the nation at the scene Friday and described the attack as “a characterized Islamist attack.” He was joined by Interior Minister Gerard Darmanin and Education Minister Jean-Michel Blanquer

“I want to say this evening to all the teachers of France that we are with them, that the whole nation will be at their side,” he said. “The obscurantism and the violence which accompanies it will not win.”

Blanquer commented on the need to preserve freedom — so key to the French way of life.

“I appeal for the unity of the adult world, to defend without fear and without reproach freedom, equality, fraternity and therefore secularism,” he said.