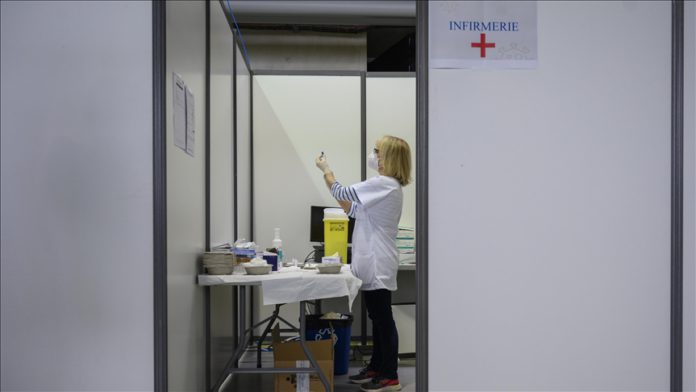 Restrictions and preventive measures imposed by France have been successful in keeping the coronavirus pandemic under control even as the neighboring European countries are struggling with a virulent second wave, Prime Minister Jean Castex said Thursday.

A day after a high-level health defense council meeting, Castex along with Health Minister Olivier Veran, Interior Minister Gerald Darmanin and others held a press conference to provide an update on the current situation.

“Our level of incidence is certainly high but is still much lower than it was in October,” he said, insisting that the current situation does not justify a new confinement, which can be considered only as a last resort.

According to the latest figures from the health authorities, there were 26,362 new cases and 357 deaths in the last 24 hours.

“The situation remains worrying, but it nevertheless differs from that of many of our neighbors. The rate of mortality is one of the lowest in Europe,” he said, adding that since the last two weeks, the virus has not considerably augmented due to measures like curfews and closing borders for non-EU travelers.

“When we look at what is happening elsewhere, France does not have to be ashamed,” Castex assured while praising the French population for their “great vigilance” since the Christmas holiday season which has enabled the country to keep the pandemic situation under control.

Discussions and debates on the possibility of a third confinement have been ongoing over the past several days. Last week, in a major gamble, President Emmanuel Macron’s administration ruled out lockdown measures, instead intensifying a curfew, strengthening border control and closing entries and exits inside France for non-EU travelers.

Interior Minister Darmanin forewarned that in the coming days, the land borders would be tightened even more, and the move could annoy cross-border workers.

He announced that 177,000 people were fined for non-compliance since increased surveillance by the police and gendarmes.

The circulation of new variants from the UK, South Africa and Brazil constitute a very real threat due to their active and rapid circulation. Since Jan. 8, infections due to the variants have risen from around 3.3% to 14% currently, according to estimates.

Veran said the South African variant and the Brazilian variant are more of a worry due to a lack of data.

“France is in a ‘race against the rise’ in the face of the spread of new variants. We will not be able to eradicate them,” he warned.

The government also announced a three-week curfew from 6 p.m. starting Friday in the overseas territory of Mayotte.

In the coming days, it will open appointments for 1.7 million people to receive their first injections, including health care workers, hospital staff and frontline workers.

Delivery of the AstraZeneca vaccine is also expected to ramp up the speed of inoculation.

According to the latest estimates, 1,687,026 people have been vaccinated.

By April, authorities plan to offer vaccination to those above 75 years of age and to people with serious comorbidities.

June 10, 2020
We use cookies to ensure that we give you the best experience on our website. If you continue to use this site we will assume that you are happy with it.Ok