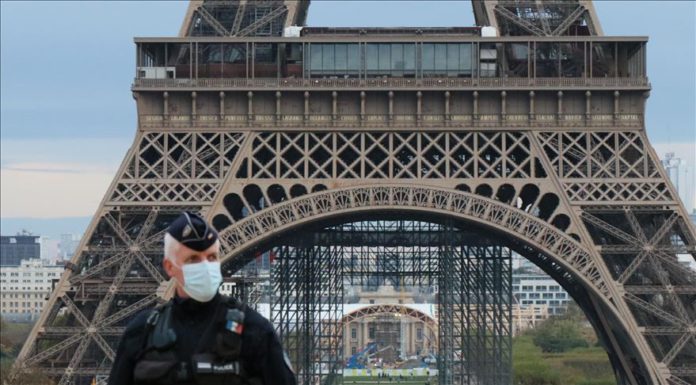 France extended its state of health emergency Wednesday to Feb.16 due to a rising number of coronavirus infections.

Due to their insufficient numbers in Tuesday’s session of the National Assembly, members of parliament belonging to President Emmanuel Macron’s ruling party who had proposed an extension to Feb. 16 were overruled, and the state of emergency was only extended until Dec. 14.

In voting held again today, however, an extension until Feb. 16 was accepted.

The state of health emergency, which was declared in March for two months, was reinstated on Oct. 17 with a decree issued by the government.

It gives the government the authority to restrict certain freedoms throughout the country or in certain regions and to seize all kinds of assets and services that are deemed necessary.