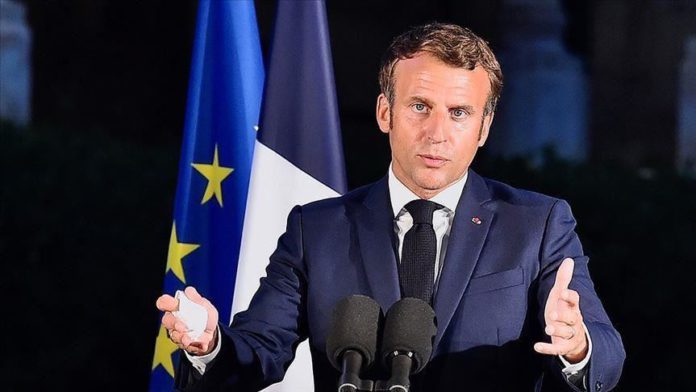 Europe is ready for dialogue with Turkey on the issue of the Eastern Mediterranean, said French President Emmanuel Macron Tuesday.

“We respect Turkey. We are ready for dialogue. But we expect Turkey to respect European sovereignty, international law, and to provide clarification about its actions in Libya and in Syria,” said Macron, addressing the 75th session of the United Nations General Assembly, held virtually this year due to the pandemic.

Macron said a commitment to effective, clear dialogue in the Eastern Mediterranean is necessary “to avoid a new space of confrontation which would jeopardize international law.”

“What we need is respect for international law and cooperation, respect between allies,” he added.

Greece, with the support of France, has disputed Turkey’s energy exploration in the region, trying to box in Turkish maritime territory based on small islands near the Turkish coast.

Turkey and France have also been at loggerheads over Libya, with Ankara supporting the country’s UN-recognized legitimate government based in Tripoli, while Paris has supported the militia forces of warlord Khalifa Haftar.