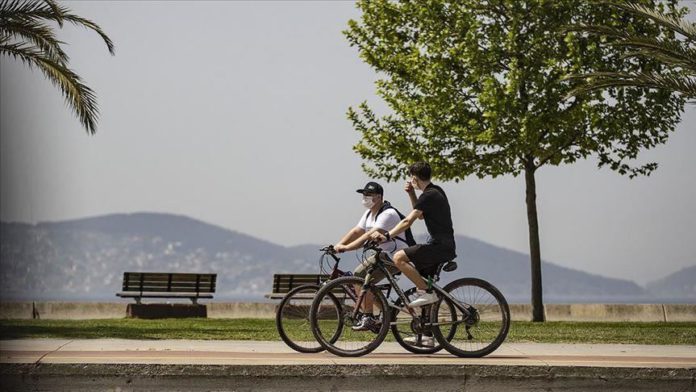 Since the coronavirus lockdown was lifted in France, bicycle usage has gone up 44% nationwide, as reported by cycling advocacy group Velo et Territoire.

The data was gathered by 182 counters who counted bicycles on popular cycling routes nationwide.

Paris Mayor Anne Hidalgo has pushed for the continued use of bikes throughout the Paris region during the crisis, feeling it was the right move to keep traffic at bay, thus reducing the spread of infection where possible.

To that end, Paris will add 50 kilometers of temporary cycling lanes, while towns and villages in the region will add 150 km of lanes.

The French government has also launched a €20 million ($22 million) package to encourage bicycle use by commuters and others with a €50 grant per person to pay for bike maintenance and subsidies.

During confinement – from March 17 to May 11 – bicycle use dropped 62% in the capital. Post-confinement, on May 11-17, counters measured an average of 75 passages on France’s popular cycling routes, up 50 passages from a year prior.

An additional 20 cities throughout France will add to their bike lanes as well.

Stephanie Magin, a spokeswoman for Velo et Territoire, said in a statement that bike use had already gone up in December and January due to the country’s transit strikes.

“What we’ve observed during the first week since the end of confinement is quite positive for bikes,” she enthused.