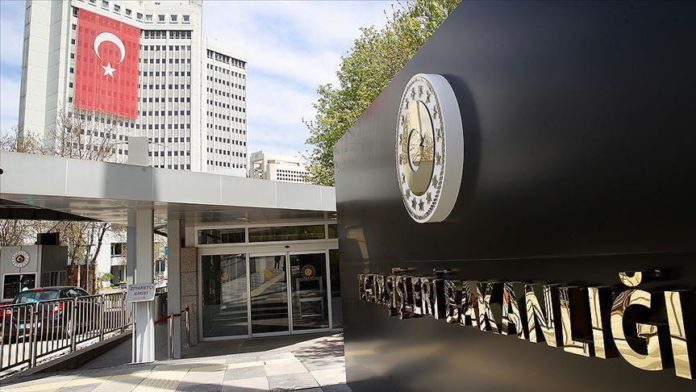 Responding to a recent statement by France criticizing Turkey’s presence in Libya, Aksoy reiterated that Ankara had provided support for the government upon Tripoli’s request, whereas France stood with “putschist” Haftar despite UN and NATO resolutions.

Adding that the Turkish presence in Libya was legally-based, he said the French policy in the war-stricken country was not acceptable from a member of the NATO alliance.

Aksoy said France was acting as an agent of other countries in the region, and added that it has ill intentions for Libya, which was illustrated in its comments Monday.

Turkey will continue supporting efforts under the auspices of the UN to ensure lasting peace and stability in Libya, the statement concluded.

The internationally recognized government in Tripoli has been under attack by Haftar’s forces since April 2019, with more than 1,000 killed in the violence.

The government launched Operation Peace Storm against Haftar in March to counter attacks on the capital and recently regained strategic locations.