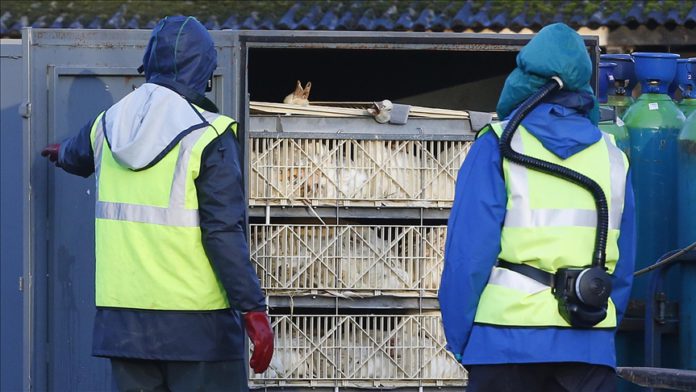 At least 600,000 ducks have been culled in France over the past two weeks due to an outbreak of avian influenza from the H5N8 virus, which has continued to evolve in a worrying development.

On Monday, Agriculture Minister Julien Denormandie told local radio station France Bleu Occitanie “there are six proven outbreaks in the Gers department and 180 across the country.”

Avian influenza is not transmissible to humans through the consumption of meat or eggs but is highly contagious for the birds.

In a press statement, Denormandie said the authorities are accelerating measures to double the slaughter capacity and support breeders with financial compensation.

The highly pathogenic avian influenza (HPAI) outbreak was first detected in the Chalosse region of Landes department, which has a high number of duck farms and is famed for the production of foie gras, a gastronomic delicacy made from the fattened livers of ducks or geese.

It later spread around the neighboring departments of Hautes-Pyrénées, Pyrénées-Atlantiques and Gers. To prevent its further spread, authorities announced preventive slaughterings from Dec. 24 in the five-kilometer radius of poultry and breeding farms.

Avian influenza is currently raging in the southwest region of France and parts of the UK, Germany, the Netherlands and Denmark. Similar outbreaks also occurred in France in 2015 and 2017.