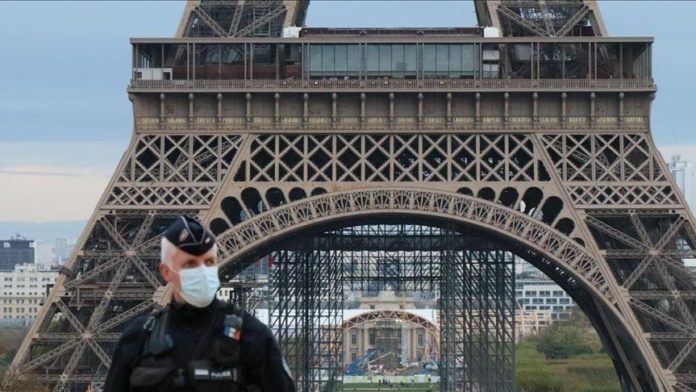 PARIS  – France recorded another day of lower numbers Thursday in the battle against the novel coronavirus.

Fatalities made another turn downward to 340 from 384 the day before. The official death toll since March stands at 50,957.

The positivity rate took a positive dive downward to 12.2%, dropping .8 percent over the day before.

Worldwide, the death toll from COVID-19 stands at just over 1.4 million in 191 countries since the virus was first detected in Wuhan, China late December last year. The number of infections has now climbed over 60 million, according to the latest figures from US-based Johns Hopkins University.

In a midday press conference that lasted an hour, Prime Minister Jean Castex outlined the lifting of the lockdown and how it will unfold over the next two months.

Saturday will mark the first stage, with the re-opening of stores of every size until 9 p.m. Opening on Sunday will also be allowed for those shops that previously were not, and real estate agencies will once again be able to show properties in person.

Houses of worship will re-open, but with a maximum capacity of 30 people. Individual outdoor sports such as tennis and golf will also resume, but only within 20 kilometers of one’s residence and only for a maximum of three hours.

Residents will then emerge from confinement on Dec. 15 with a nightly curfew of 9 p.m. until 7 a.m., excluding Christmas Eve and New Year’s Eve. Museums, theaters, movie houses, conservatories and music schools will be allowed to re-open as well, but singing classes will not, as they are considered a spreader of the virus.

Jan. 20 is the biggest day, when restaurants, cafes, bars, gyms and sports halls will finally re-open.

High schools will also re-open for in-person classes, with universities 15 days after that.

For the French, who are lovers of their Alps and ski season, ski resorts will open for the season but not the lifts at them, nor the restaurants until Jan. 20.

With financial losses mounting, the prime minister announced the sum of €900 ($1,072) per month through February 2021 “for those who have seen their incomes drop drastically.”​​​​​​​

The payment will reach an estimated 400,000 people, including 70,000 young people, and mostly those in more temporary positions. They must, however, be registered with the unemployment office and worked more than 60% in 2019 but not sufficiently in 2020 to maintain their lifestyle.

Castex also announced the creation of 20,000 jobs for young people and a mechanism for helping youth find employment who might be having difficulty doing so through the pandemic.