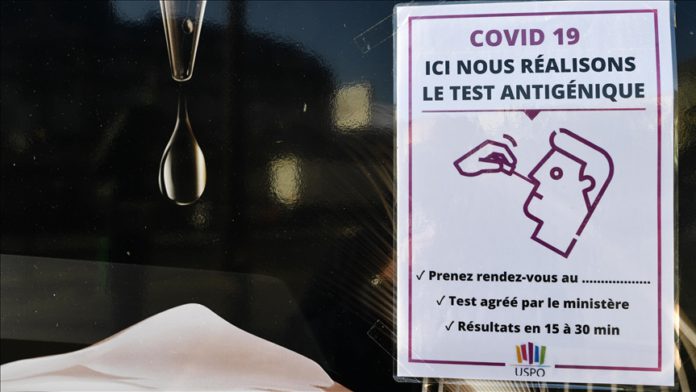 France has been seeing a downward trend in daily coronavirus statistics, but Wednesday brought a troubling spike in infections.

Sizable drops had been recorded in past weeks in a welcome sign, but Wednesday’s rise was notable. Total infections since record-keeping began in March stand at 2,230,571, according to the Ministry of Health.

The positivity rate in France remains at 10.8% but has been descending over the past week.

Worldwide, the death toll from COVID-19 stands at more than 1.4 million since the virus was first detected in Wuhan, China in late December last year. The number of infections totals over 64 million, according to the latest figures from US-based Johns Hopkins University.

The real solution though, according to scientists, is mass testing, with the ability to test nearly the entire population of France, the icing on the cake to a pandemic that has ravaged the country. The goal: Finding those who do not present symptoms who are the most common spreaders of the virus. Eliminating one of the greatest factors in the contagion chain would be key.​​​​​​​

Ten scientists delivered a letter to the Elysee Palace on Wednesday recommending such a mass screening that could take place in the city of Lille before Christmas.