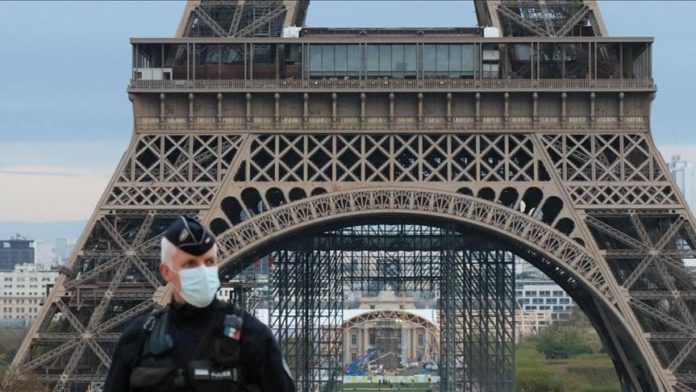 Monday brought good news for France as the number of coronavirus infections in the country once again dropped by around half.

In another positive sign, medical experts reported Monday that intensive care admissions have fallen over the past week.

Martin Hirsch, Director General of Public Assistance – Paris Hospitals, told France Inter Radio early Monday that ICU admissions had dropped to around 80 per day in the last three to four days from more than 110 per day eight days ago.

The trend, he concluded, is a downward one in the Ile-de-France region. However, Health Minister Olivier Veran said the pattern would follow that of the first lockdown in that numbers of infection and fatalities would increase before their ultimate descent.

Some 89.5% of the country’s intensive care beds are now occupied by COVID-19 patients.

On Monday, hospitalizations stood at 20,063, up by 123 cases from 19,940 on Sunday. A total of 3,091 of those remain in intensive care, up by only 54 over the day before. A total of 99 departments throughout France remain in a vulnerable position with 3,042 clusters of infection considered serious.

Over the past week, infections from COVID-19 have risen exponentially, worrying both health professionals and the general public, who had just entered a second lockdown. Infections that reached 20,000+ in mid-October soon climbed into the 30,000 and 40,000 range.

Worldwide, the death toll from COVID-19 stands at almost 1.3 million in 190 countries since first being detected in Wuhan, China in late December last year. The number of infections is over 50 million, according to the latest figures from US-based Johns Hopkins University.