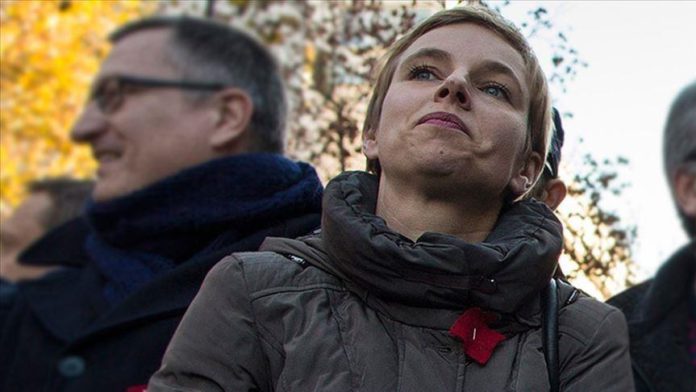 A member of the French Parliament on Wednesday accused Emmanuel Macron’s government of covering up crimes committed by the UAE at a factory in Yemen used as a secret prison.

“How long will you continue to lie?” lawmaker Clementine Autain asked Foreign Minister Jean-Yves Le Drian and Defense Minister Florence Parly during a speech in Parliament.

“I asked Parly about this. He said he had no knowledge. I raised my concerns to Le Drian. He directed me to the relevant companies. I wonder what the ministers do.”

Autain said she was speaking on behalf of the 51 French lawmakers who signed an open letter on Monday expressing concerns over the UAE running a prison at a gas production factory, partly owned by French oil company Total, in Balhaf, Yemen.

She pointed out that the French government gave €216 million ($263 million) in loans to a group of companies, including Total, when the Balhaf factory was established.

“A few days ago, you awarded the Legion d’Honneur to [Egypt’s President] al-Sisi. Today, your silence covers up the crimes the UAE committed in a factory built with the support of France,” she said.

She also took up the matter in a post on Twitter, saying: “I believe that the government has decided not to get angry with the ‘Emirati ally’ to whom it sold €1.4 billion (over $1.7 billion) worth of arms in 2019.”

The report cited testimonies of people who were held and subjected to “inhumane actions, including torture” at the covert prison.