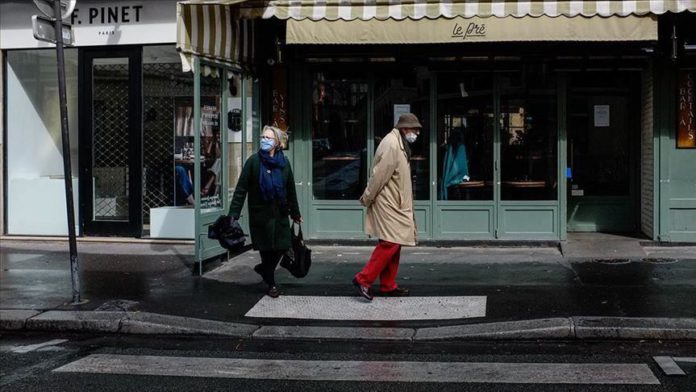 Several new infection clusters of the novel coronavirus have cropped up in France as the country entered a third day of eased measures after eight weeks of lockdown.

The recent cases were reported in the Dordogne, Vienne and Hauts-de-France.

The past few weeks have seen a measure of relief as the COVID-19 outbreak appeared to subside in the country and lockdown precautions that were introduced on March 17 were eased on May 11.

However, officials have cautioned that vigilance must be maintained against the presence of the virus, which has caused 26,991 deaths in the country so far.

In an interview with France Info radio on Monday, Dr. Anne-Claude Cremieux said: “We must consider that the virus is still there, waiting, circulating.”

“We know that more than half of those infected have no symptoms at all, or very light symptoms, so the transmission of the virus is practically invisible,” said Cremieux, who specializes in infectious diseases.

Four new cases were reported at a youth hostel in Clamart, Hauts-de-Seine, a suburb west of Paris and part of the central Ile-de-France region.

After 50 of the contacts of one of those, a young man, were tested as well, eight new cases were confirmed for a total of 12. Those found infected will remain in isolation, with the remainder of test results due this week.

In the Dordogne in southwest France, a man tested positive in the commune of Vergt after having attended a funeral in the neighboring village.

Out of 150 tests carried out by health officials on those who had come into contact with him, nine people tested positive, with eight of those being from the same family.

As recently as May 7, one member of a teacher’s board of directors in the city of Poitiers started showing symptoms of the virus. Three new cases were reported after testing was carried out on 20 of those who had come in contact with him, resulting in three cases of COVID-19. More test results are expected over the next week.

Nigeria: Over 2,700 killed in 3 months of violence