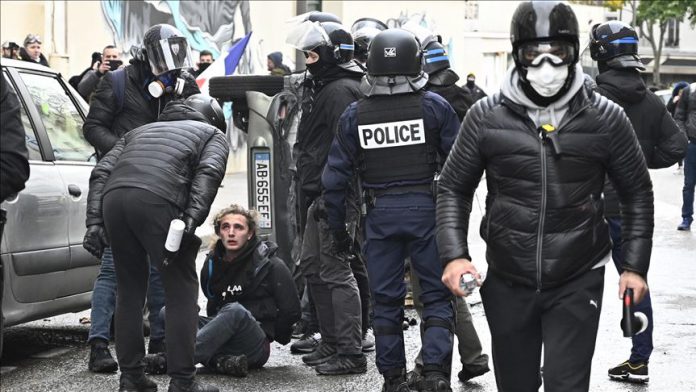 Christophe Castaner blamed the violence in Saturday’s protest in Paris, on “thugs” and “brutes” in a joint TV show aired on CNEWS, Les Echos and Europe 1.

He accused the activists of attacking the security forces and preventing firefighters from doing their jobs.

A total of 254 people, including 173 in Paris, were held in protests across the country on Saturday, Castaner said.

The official claimed that police did not used force on the protestors.