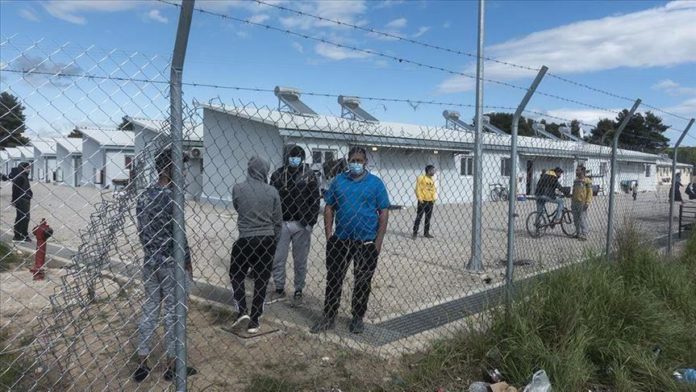 The French interior ministers issued a joint press release Thursday to say they support a proposal laid out by the European Commission on a migration pact for asylum seekers coming to Europe.

The European Commission met on Wednesday to draft a reform of migration policy which proposes a “compulsory solidarity mechanism.” The proposal suggests abandoning a present contested rule which says the country where migrants arrive first must bear the burden of asylum requests.

Interior Minister Gerald Darmanin along with cohorts Citizenship Minister Marlene Schiappa and Secretary of State for European Affairs Clement Beaune endorsed the proposal for a more shared solidarity for asylum seekers on the continent.

The draft lays out that all 27 member states divide the responsibility for migrants coming across the Mediterranean. If any member country cannot voluntarily house migrants, they will then take charge to send back those who do not qualify for asylum to their respective home countries.

The second prong of the pact includes an integrated border procedure involving pre-entry screening for all crossing the EU’s external borders.

With today’s press release, France officially agrees to participate in the pact.

“This reform is necessary and urgent. Each member state must take its share of the common effort, whether through relocations or exceptionally other types of compulsory contributions,” the ministers said.

Migration to Europe has been an overwhelming issue in recent years, especially for certain countries like Italy, Greece, Malta, and Spain. Situated closest to war-torn countries in Africa and the Middle East, the oceanfront nations are more often than not the first stop on a voyage across the Mediterranean for those fleeing persecution.

France, although further away than its European neighbors, has also been the recipient of refugees, and encountered major issues with unsettled migrants over the past few years.

Although EU Commission President Ursula Von der Leyen talked tough on the new pact, saying it was not about “whether” a member country could contribute but “how”, certain others resisted jumping on the bandwagon, such as Austrian Chancellor Sebastian Kurz.

“It won’t work like this,” he said of mandatory quotas for taking in refugees in all EU countries. “We find that the distribution in Europe has failed and many states reject this.”