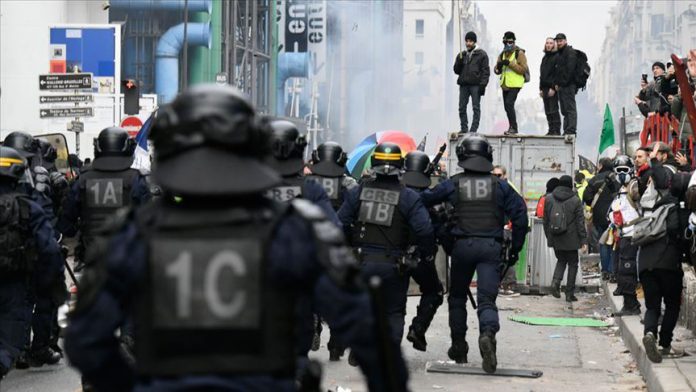 As protests against the French government’s proposed pension reform continued Saturday, protesters clashed with the police in Paris.

Protestors gathered at Paris Gare du Nord train station upon the call of the unions to march toward Chtelet Square.

Security forces used tear gas to block demonstrators during the march which also saw the attendance of Yellow Vest protesters.

Jerome Rodrigues, a leader of the Yellow Vest movement, was also injured in his eye by an object fired by the police, he told reporters.

Three protesters were arrested during the Paris protest, according to police.