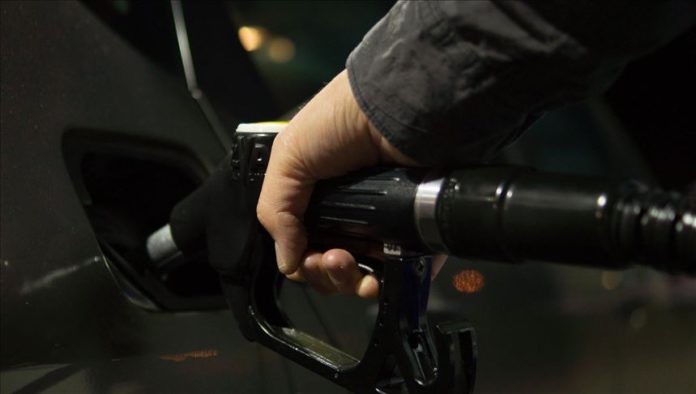 Falling demand and rising investment risk is likely to slash the value of oil, gas and coal reserves by $25 trillion, sending shock waves through the global economy by hitting companies, financial markets and countries reliant on exports, according to a new report from Carbon Tracker, an independent financial think-tank.

Carbon Tracker’s Decline and Fall: The Size & Vulnerability of the Fossil Fuel System report warns that the fossil fuel industry is approaching terminal decline because of the competition from clean technologies and tougher government policies to achieve climate targets and increase energy security.

The report underlined that the global pandemic COVID-19 is now accelerating this decline as demand for oil could fall by 9% this year, as foreseen by the International Energy Agency.

The World Bank valued future profits from oil, gas and coal at $39 trillion in 2018, the report said.

“If demand falls by 2% a year in line with the Paris Agreement and discount rates rise in line with increased risk, future profits would collapse by nearly two thirds to just $14 trillion,” the report said, effectively marking a decrease of $25 trillion in fossil fuel profits.

Globally, the value of fossil fuel companies is $129 trillion, but the report noted the fossil fuel system is highly vulnerable to disruptions.

“Even before the COVID crisis, growth in fossil fuel demand was below 1% a year and clean technology is now meeting an increasing share of world energy demand,” the report said.

The decline of the fossil fuel system with physical supply and demand infrastructure worth $32 trillion could send shockwaves through the global economy, the report warned.

“We are witnessing the decline and fall of the fossil fuel system. Technological innovation and policy support are driving peak fossil fuel demand in sector after sector and country after country, and the COVID-19 pandemic has accelerated this. We may now have seen peak fossil fuel demand as a whole,” Kingsmill Bond, Carbon Tracker energy strategist and report author was quoted as saying in the report.

Given the huge opportunity for trillion of dollars in savings in countries that import fossil fuels, Bond argued that the time has come to plan an orderly wind-down of fossil fuel assets and manage the impact on the global economy rather than try to sustain the fossil fuel industry.

Many companies will be forced to write off assets, cancel investments, or even go bust while companies that remain profitable will make far less money than before, according to Carbon Tracker.

The falling demand for fossil fuels and tougher climate policies along with the rise of clean technologies will also put some companies worth $6 trillion in a vulnerable position as they operate in sectors that expand the fossil fuel industry from builders of LNG facilities and oil pipelines to makers of conventional car engines.

This decline could also threaten the stability of countries whose economies heavily rely on oil export income like Saudi Arabia, Russia, Iraq and Iran, and particularly Venezuela, Ecuador, Libya, Algeria, Nigeria and Angola.

The report also found that renewables are already the cheapest form of bulk energy production in 85% of the world while electric vehicle batteries are comparable with the cost of conventional car engines.

“Electricity companies are rapidly switching to renewables while carmakers are shifting production to electric vehicles. This is significant because electricity consumes more than a third of global fossil fuel production and the greatest demand for oil comes from the automotive sector,” according to Carbon Tracker.

Governments are supporting clean technology in order to meet the Paris climate targets and tackle air pollution from fossil fuels which kill 4.5 million people a year, the report revealed.

Nonetheless, the report highlighted the far more inherent risk in the fossil fuel system than is conventionally priced into financial markets as investors need to increase discount rates, reduce expected prices, curtail terminal values and account for the clean-up costs.

Duque, Maduro in war of words over Merlano case