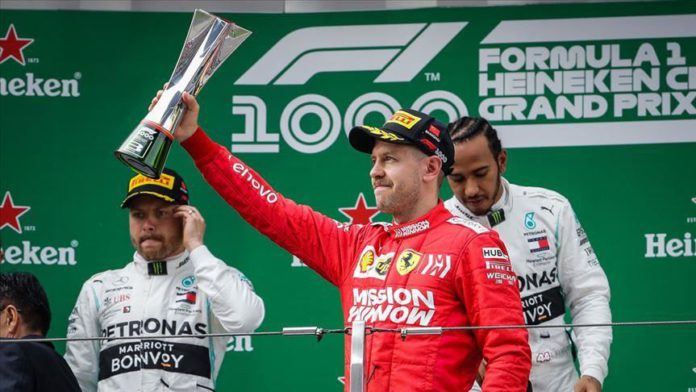 German driver Sebastian Vettel will leave the team Ferrari at the end of 2020 Formula 1 season after both parts failed to reach an agreement for contract extension, Ferrari announced on Tuesday.

“Scuderia Ferrari Mission Winnow and Sebastian Vettel have jointly decided not to extend the current contract covering Sebastian’s services as a driver with the team, beyond its current expiry date of the end of the 2020 Formula 1 season,” Ferrari said.

Vettel won four consecutive Formula 1 titles between 2010 and 2013 with Red Bull Racing before joining Ferrari in 2015.

“This is a decision taken jointly by ourselves and Sebastian, one which both parties feel is for the best. It was not an easy decision to reach, given Sebastian’s worth as a driver and as a person. There was no specific reason that led to this decision, apart from the common and amicable belief that the time had come to go our separate ways in order to reach our respective objectives,” Managing Director Mattia Binotto said.

Vettel won 14 Grands Prix with Ferrari, marking him the third most successful driver in the team’s history.

Ten Formula 1 races have been canceled or delayed so far due to coronavirus, while the season is expected to restart with the Austrian Grand Prix on July 5.

The Hungarian Grand Prix will be held without fans on Aug. 2 if the race will take place as scheduled.