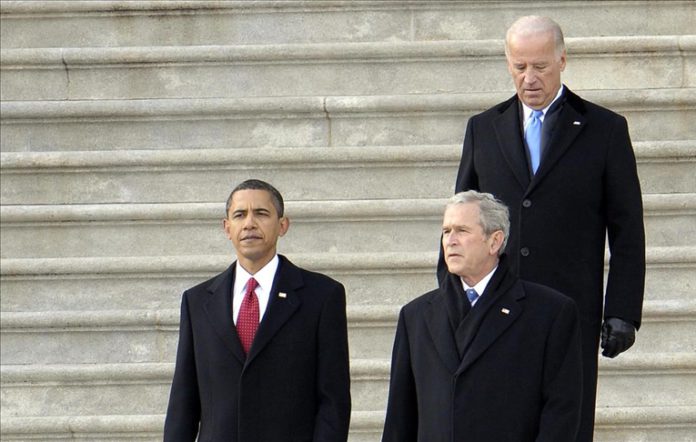 Former American presidents on Wednesday condemned the storming of the US Capitol by supporters of outgoing President Donald Trump as Congress met to certify Electoral College votes.

The 43rd president, George W. Bush, in a statement called the incident “sickening and heartbreaking.”

“Laura and I are watching the scenes of mayhem unfolding at the seat of our Nation’s government in disbelief and dismay. It is a sickening and heartbreaking sight. This is how election results are disputed in a banana republic — not our democratic republic,” said the former Republican president.

Former President Barack Obama criticized Trump for the violence and called the storming a “great dishonor” and “shame” for the US.

Here’s my statement on today’s violence at the Capitol. pic.twitter.com/jLCKo2D1Ya

“History will rightly remember today’s violence at the Capitol, incited by a sitting president who has continued to baselessly lie about the outcome of a lawful election, as a moment of great dishonor and shame for our nation,” said the Democratic leader. “But we’d be kidding ourselves if we treated it as a total surprise.”

Bill Clinton, for his part, dubbed the incident “an unprecedented assault on our Capitol, our Constitution, and our country.”

“The assault was fueled by more than four years of poison politics spreading deliberate misinformation, sowing distrust in our system, and pitting Americans against one another,” said the Democratic president.

“The match was lit by Donald Trump and his most ardent enablers, including many in Congress, to overturn the results of an election he lost,” he added.

Clinton said the Nov. 3 election was free and the lawmakers should “complete the peaceful transfer of power our Constitution mandates.”

Jimmy Carter, a Democrat, said the raid is “a national tragedy and is not who we are as a nation”.

“We join our fellow citizens in praying for a peaceful resolution so our nation can heal and complete the transfer of power,” said Carter in a statement.