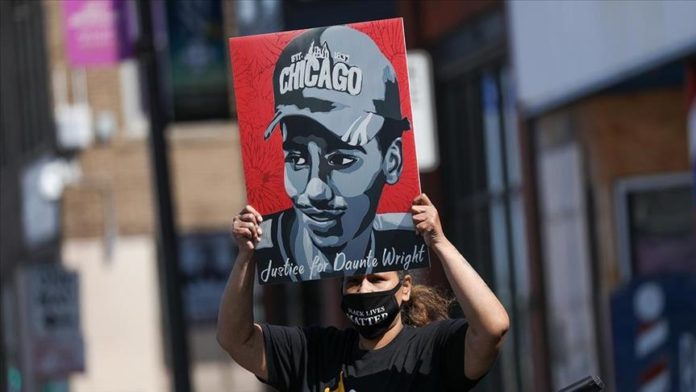 Former police officer Kim Potter was sentenced Friday to two years in prison for fatally shooting Daunte Wright in the state of Minnesota.

Potter broke down in tears addressing Wright’s family before the judge handed down her sentence.

“I am so sorry that I brought the death of your son,” she said, directly addressing Wright’s mother via a court webcam. “Katie, I understand a mother’s love, and I am sorry I broke your heart. My heart is broken for all of you.”

Potter was convicted in December of first- and second-degree manslaughter in the April 11, 2021 shooting in a suburb of Minneapolis.

She claimed during her trial that she confused her handgun for her taser when she pulled the trigger.

Wright’s family believes the two-year sentence was too lenient.

“Kim Potter murdered my son,” Katie Wright, said at a news conference. “Today, the justice system murdered him all over again.”

“We’re very disappointed in the outcome,” she said. “Yes, we got a conviction … but again, this isn’t okay.”

Potter asked the Wright family for mercy before her sentencing.

“And I do pray that one day you can find forgiveness, only because hatred is so destructive to all of us,” she said.

Wright said that is not going to happen.

“And I’ll never be able to forgive you for what you’ve stolen from us,” she said.

Williams, Federer go to third round in Australian Open

Number of coronavirus cases in Israel climbs to 529