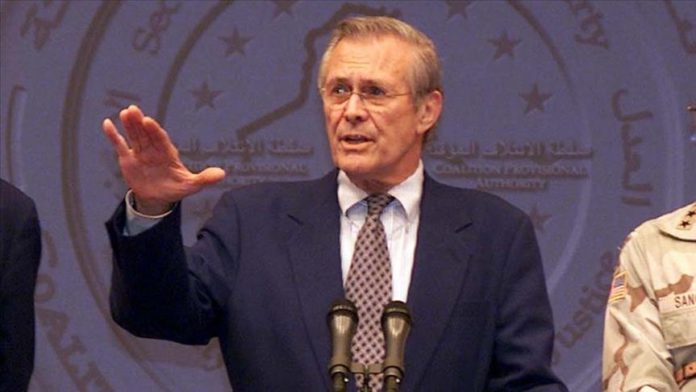 Former US Defense Secretary Donald Rumsfeld has died, his family announced on Wednesday. He was 88.

The family did not disclose a cause of death but said he died “surrounded by family in his beloved Taos, New Mexico.”

“History may remember him for his extraordinary accomplishments over six decades of public service, but for those who knew him best, and whose lives were forever changed as a result, we will remember his unwavering love for his wife Joyce, his family and friends, and the integrity he brought to a life dedicated to country,” the family said in a statement.

Rumsfeld held the Pentagon’s top post twice, first under former President Gerald Ford from 1975-1977 and then again under George W. Bush from 2001-2006.

He is perhaps best known for his second stint when he helmed the Defense Department during the invasions of Afghanistan and Iraq.