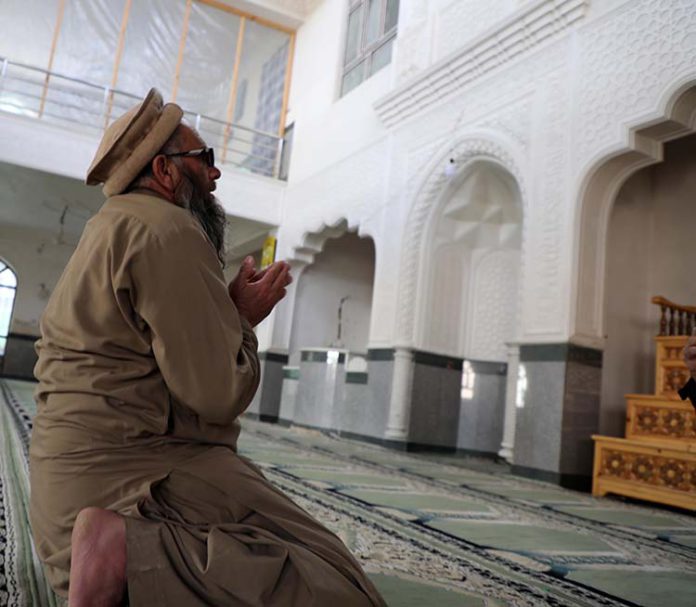 A former Soviet soldier who came to Afghanistan 38 years ago at the age of 18 to fight in the war adopted Afghan culture after he was taken captive.

Speaking to Anadolu Agency, Sherefovic Hakimov said that during the Afghan war, he took part in battles in the Herat region as an artilleryman and was wounded in the forehead and waist in a gunfight.

He was captured by fighters of Haji Sayyid Abdulvahab Katali, one of the mujahideen commanders of the period who fought against the Soviets.

“We became friends after I converted to Islam…I became both his employee and his son. He got me married. He gave (me) a house,” he said.

Hakimov still lives in the house of his friend Katali in Herat, and all his circle now know him as Sheikh Abdullah.

Hakimov said that around five years after he was taken captive, a friend of his returned to Moscow and was imprisoned after being accused of “treason by surrender,” so he “does not trust” Russia and has therefore never thought of returning there.

Noting that he acquired Afghan citizenship but lost his Soviet passport, Hakimov said “delegations from Uzbekistan, the United Nations and Moscow visited me many times, but I didn’t go.”

“If I go to my homeland, I will be arrested. Isn’t this place better for me? I am not imprisoned here. They say, ‘Why did you surrender?’ We did not surrender. We got injured. We fell into the hands of the mujahideen.”

Hakimov said his parents are not alive anymore, adding he misses his siblings Alexander and Mabuba, who live in Moscow.

He noted that his older sister Mabuba served as an adviser in the Soviet army during the invasion of Afghanistan while his brother Alexander was a deputy in Russia’s parliament, the Duma, for two terms.

Unfortunately, Hakimov did not have any family photos, and when he was shown a photo of his brother, he burst into tears.

He said the last time he spoke to his sister by phone was two years ago.

“We are human beings. It’s impossible not to miss (them). Russia’s policy is different. It is true, they say they forgive us. But one of us went to Russia and was arrested. He escaped from there and came back to Afghanistan. If the Russians hadn’t arrested him, we’d all be gone,” he added.

While he was in a museum with the Anadolu Agency team for the interview, it was learned that Hakimov’s name was on a list of missing Soviet soldiers.

He said a few people from this list converted to Islam like him and settled in Afghanistan, noting that he has no contact with them at the moment.

While Hakimov was showing his picture on the list, some members of the Taliban in the museum lined up to take a photo with him.

“I have been in Afghanistan for nearly 40 years. I’m Afghan now. I have Afghan citizenship. I am now a Muslim. I’m not Russian. I don’t belong to the Russians,” he said.

Kashmir region to be treated as COVID-19 red zone