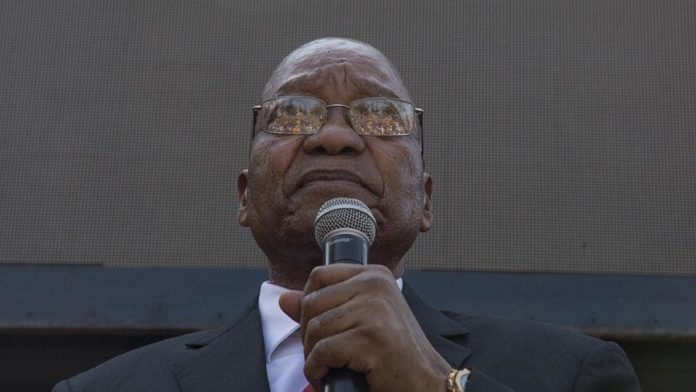 Former South African President Jacob Zuma on Sunday addressed his supporters at his home, a day after the constitutional court agreed to review his jail sentence for contempt of court.

On Tuesday, Constitutional Court Judge Justice Sisi Khampepe sentenced Zuma, 79, to 15 months in jail for “deliberately” refusing to appear several times before a judicial commission probing alleged corruption during his nearly a decade in power.

Speaking in the local isiZulu language, Zuma told supporters he did not appear before the judicial commission because its head Raymond Zondo was “biased” against him.

He said he raised a strong case that Zondo was not impartial, but the judge refused to recuse himself from the inquiry. Therefore, he said, he had no choice but not to appear before the commission to testify.

“If Judge Zondo had recused himself, the people of South Africa would have heard my version regarding all the unsubstantiated allegations against me,” Zuma said.

The former anti-apartheid stalwart, whose nine-year rule as president was surrounded by several corruption scandals, said he is not scared of going to jail for what he believes is right.

He recalled that he had spent more than 10 years in the Robben Island prison, where global icon Nelson Mandela and other prominent anti-apartheid stalwarts were incarcerated.

Zuma, who has a huge support in his KwaZulu-Natal home province, asked his supporters to use peaceful means to protest against “injustice” he has been facing.

He said he was not asking his supporters for sympathy or pity but he is demanding justice.​​​​​​​​​​​​​​