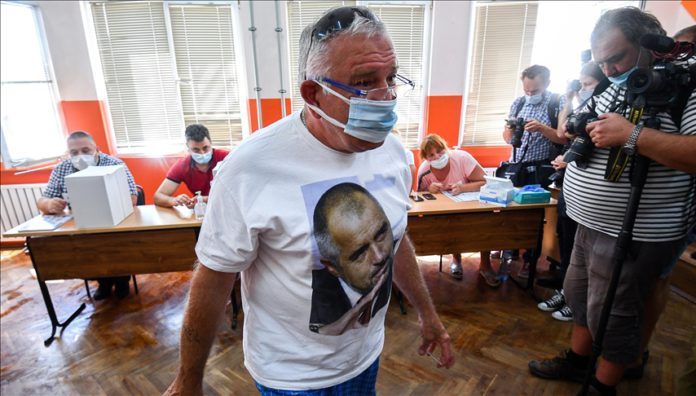 Voting ended at 8 p.m. (1700GMT) in the early elections to determine the new members of the 240-seat assembly.

The turnout rate, which was 50% in the last election, remained around 36% in this election.

Borisov’s GERB party received 22.5% of the votes, while There Is Such a People (ITN) party, headed by singer-turned-politician Slavi Trifonov, took second place with 21.1% of the votes.

The Bulgarian Socialist Party, which carries out pro-Russian politics along the lines of the former communist party that ruled the country for 45 years until 1989, became the third party with 15.1% of the votes.

The right-wing Democratic Bulgaria Party, which led the street protests demanding Borisov’s resignation for alleged ties to the mafia, received 13.7% of the votes.

Movement for Rights and Freedoms party, with the majority of its members Turks, ranked 5th with 12%.

Meanwhile, right-wing and ultra-nationalist parties, which pursued politics on the basis of hostility towards Turks and Muslims, could not pass the 4% threshold to enter the parliament.

A total of 23 parties and coalitions were nominated for the election.

Unofficial results are expected to be announced Monday.

Political observers say no party or coalition can form a government alone in this election.