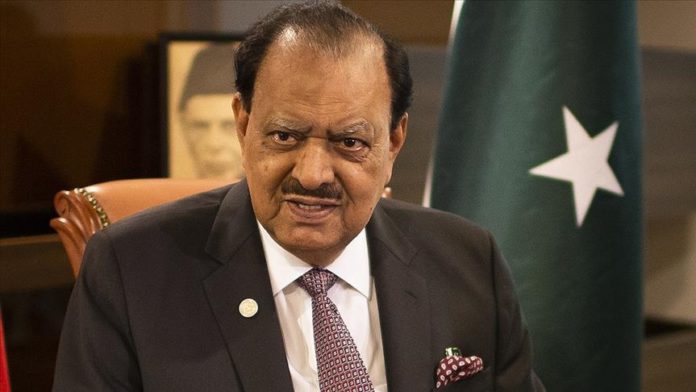 Pakistan’s former President Mamnoon Hussain died Wednesday in the southern port city of Karachi, his party confirmed. He was 80.

“Deeply shocked and grieved to hear that President Mamnoon Hussain has passed away. What an epitome of grace, humility & nobility he was! Pakistan has lost a great public servant and PMLN an elderly statesman. My heartfelt condolences go to his family!,” said Shehbaz Sharif, opposition leader and president of the Pakistan Muslim League-Nawaz party.

Hussain served as the country’s twelfth president from September 2013 to September 2018, during the government of former Prime Minister Nawaz Sharif.

Hussain was a close confidant of Sharif and was elected with a thumping majority in parliament, defeating Wajihuddin Ahmed, a former Supreme Court judge and candidate for the Pakistan Tehrik-e-Insaf (PTI) party of cricketer-turned-politician Imran Khan.

He was diagnosed last year with cancer and was in a hospital in Karachi. He leaves behind a widow and three sons.

He hails from an upper-middle-class merchant family from Burns Road, a famous food street in Karachi.

Germany to bolster its forces in Lithuania

Over 140M coronavirus vaccine shots given in Turkiye to date