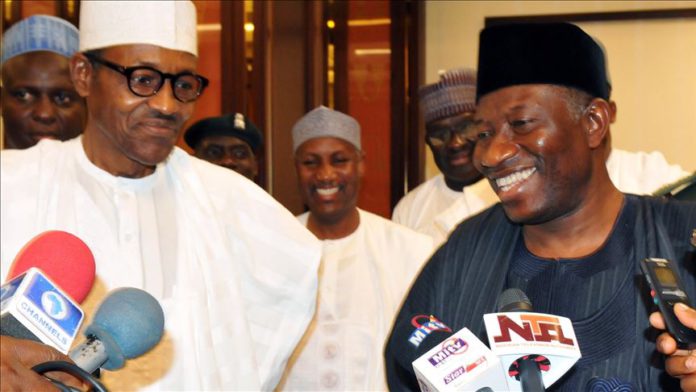 Former Nigerian President Goodluck Jonathan has been appointed by the Economic Community of West African States (ECOWAS) as a special envoy to head its mediation mission in Mali, a report said Tuesday.

“Given your position as the former president of the Federal Republic of Nigeria and the great role and contributions your tenure offered to the maintenance of peace, security and stability in our region, I have the honor, in consultation with the Chair of the Authority, H.E. Issoufou Mahamadou, President of the Republic of Niger, to communicate to you the decision to appoint you as ECOWAS Special Envoy for the sociopolitical crisis in Mali,” Nigeria’s Premium Times quoted a letter signed by ECOWAS Commission President Jean-Claude Kassi Brou as saying.

Jonathan’s mission is expected to focus on facilitating dialogue with all Malian parties including President Ibrahim Boubacar Keita, opposition leaders, religious organizations and civil society to resolve the worsening socio-political situation in the country, according to the report.

Ahead of his departure for the Malian capital of Bamako on Wednesday, Jonathan, according to his media adviser Ikechukwu Eze, thanked Nigerian President Muhammadu Buhari for the government’s support, including providing a plane as well as other needed logistics, said the report.

Mali has been hit by protests that erupted last month demanding President Keita’s resignation, according to The New Humanitarian news agency’s website.

The protests broke out due to anger over the outcome of parliamentary polls held in March and April and dissatisfaction with the government’s handling of an insurgency as well as the country’s worsening economic situation, according to the Premium Times.

Mali has witnessed political tensions over the disputed legislative election in March as some of the results were later overturned by the country’s constitutional court in favor of Keita’s party, triggering angry protests in various cities.

Tensions erupted in Mali in 2012 following a failed coup and rebellion among members of the Tuareg ethnic group that ultimately allowed al-Qaeda-linked militant groups to take over the northern half of the country.

A peace deal was signed in 2015 between the government and some insurgent groups.

Political and community-related disputes continue to fuel tensions in northern Mali, undermining the implementation of the peace agreement.