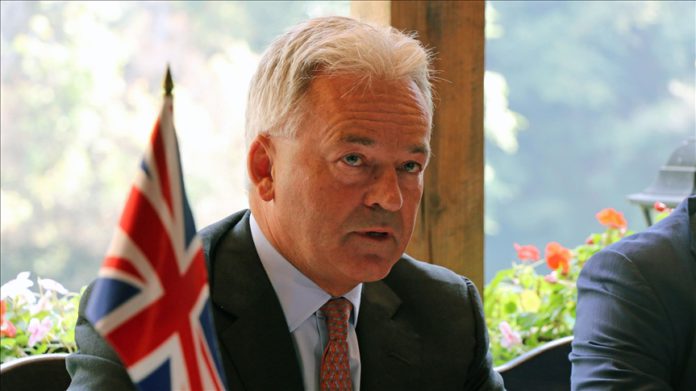 Speaking to Anadolu Agency on the fifth anniversary of the July 15 defeated coup in Turkey, Duncan said he was “very shocked” with the events that took place in Turkey.

“I heard about it, of course on the media on television, and was very shocked by the events,” he said.

Duncan, the first Western politician to have visited Turkey after the coup attempt which killed 251 people, said he had become a minister of the UK’s Foreign and Commonwealth Office a day before the failed coup.

“And so pretty well, on my first day, as minister, I said, this is appalling. The UK totally condemns this coup attempt,” he shared. “And I said to my office, get me on a plane to Ankara, immediately, we must go and express a clear view from the UK about these events.”

He added that one should never “solve a political problem with a coup attempt,” but through democratic means.

“I visited to express solidarity with the Turkish government. And I went to the bombed out parliament building, I saw the rubble,” he said.

Duncan compared what he saw in Ankara with what it would have been in such an attempt in the UK.

“When I thought about it … it’s like the army going over Westminster Bridge, bombing the House of Commons, trying to replace Her Majesty the Queen, and shooting people in the streets,” he said.

“That is how bad it was. So today, five years later, we condemn this coup attempt and support proper government processes in Turkey.”