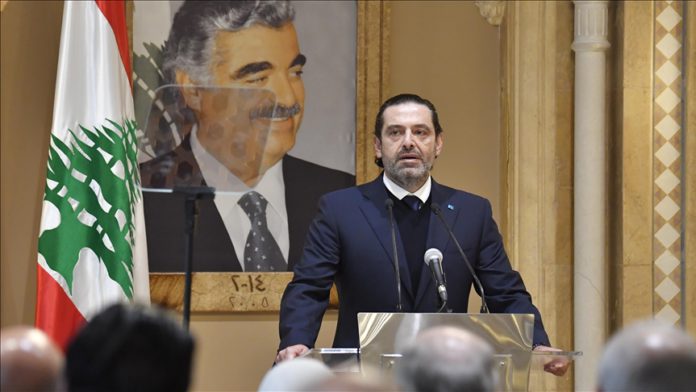 Complaining of foreign influence and a fragmented public, a prominent former Lebanese premier on Monday announced that he had “suspended” work in Lebanon’s politics.

At a televised press conference, three-time Premier Saad Hariri said he will not run in the upcoming parliamentary elections and will not file any nominations from his political party, the Future Movement.

“I am convinced that there is no room for any positive opportunity for Lebanon in light of Iranian influence, international confusion, national division, sectarianism, and state weariness,” Hariri said.

“I announce the suspension of my work in political life,” he said, and called on his party to sit out the legislative elections slated for May 25.

“Our decision is to suspend any direct role or responsibility in power and politics in its traditional sense,” he added.

Hariri, a leading Sunni figure, entered politics after the 2005 assassination of his father, Rafik al-Hariri.

His withdrawal comes amid a crippling economic crisis, deep poverty, and political inertia over finding solutions.