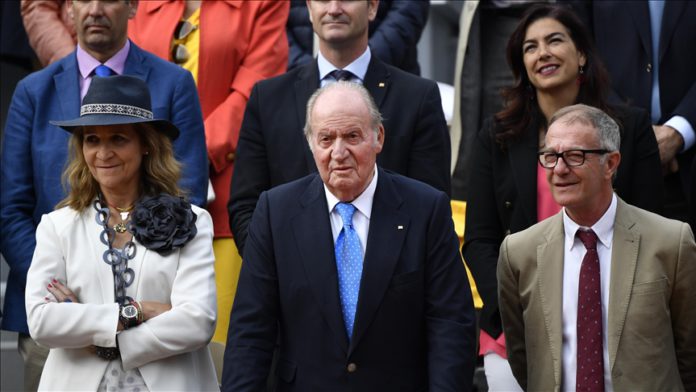 Spain’s former monarch Juan Carlos I will return to the country this weekend for the first time since August 2020, according to local broadcaster Cadena SER.

He will travel to Galicia and then Madrid, where he is expected to meet his son King Felipe VI, the news outlet reported.

Juan Carlos has been living in Abu Dhabi since he suddenly left Spain in 2020 amid various investigations into corruption and financial misdoings.

Over the weekend, Felipe traveled to the UAE to express his condolences for the death of former President Sheikh Khalifa bin Zayed Al Nahyan.

While there, he did not meet with his father, whom he has not publicly seen since the summer of 2020.

However, all criminal proceedings against Juan Carlos have now been dropped in both Spain and Switzerland.

The only trial he still faces is in the UK, where his ex-lover is suing him for harassment.

Even so, several of Spain’s left-wing and nationalist politicians said on Monday that Juan Carlos should face justice in his own country.

In a tweet, Pablo Echenique, spokesperson for the left-wing Podemos party, alerted Spanish police to the story that Juan Carlos would be returning to Spain.

Politicians from the Socialist and Popular parties have not been critical of the disgraced king’s likely return.

Juan Carlos abdicated the throne in 2014 following public criticism of a hunting trip to Botswana and a corruption scandal involving his daughter and son-in-law.