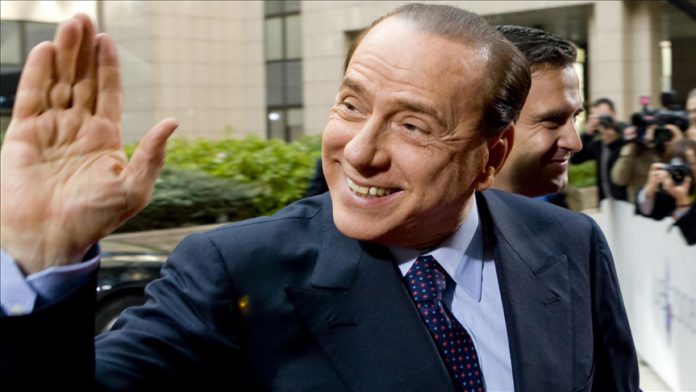 Berlusconi was hospitalized in a Milan hospital on Jan. 23 for routine checks, according to Italian daily La Stampa.

His stay in San Raffaele Hospital was extended due to urinary tract infection while the parliament was voting to elect a new Italian president last week.

Heading to his Arcore home, Berlusconi did not make any statement to the journalists waiting for him outside the hospital, but greeted them while getting into his car in a dark coat and a black hat.

Very few people visited him in the hospital, with only family members, besides his partner Marta Fascina, and some members of his conservative Forza Italia party admitted.

Berlusconi spoke from hospital with both Prime Minister Mario Draghi and newly re-elected President Sergio Mattarella, whom he congratulated.

It has been a difficult week for the 85-year-old politician, who was running for the presidency.

He dropped his bid for the office of the president a day before hospitalized, saying it was “out of a sense of responsibility and in the interest of the country to promote a unitary solution.”

It is not the first time that Berlusconi has been hospitalized. He has already been diagnosed with paroxysmal atrial fibrillation and has had a pacemaker fitted. In 2016, he also received open-heart surgery to replace his aortic valve. He was operated on to remove an intestinal occlusion in 2019, and was hospitalized due to COVID-19 in 2020.